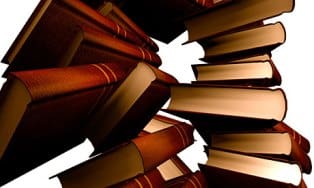 All that busyness made me think that I might just need a day of total nothingness.

One of my greatest 'project me' lessons is to learn that you might always be letting someone down when you put yourself first. It took a while to realise that it would have to be their perception of feeling let down and we never remember that perception is a choice. I know there were things people wanted me to do today, but I needed a 'me day'.

It's not that I haven't been completely honest. It's more that I haven't quite figured out how to adjust to talking about my personal life when I'm in the midst of it and Mr Unexpected reads the blog every day. By far, this is the hardest challenge when it's come to blogging. Well, the relationship feels like the hardest challenge, to be honest. I know he'll read this in a few hours and a part of him will agree too. My mom described a relationship perfectly today (or at least ours seeing as though we are polar opposites). Mom said we are like trying to balance bipolar to find that happy place. I do want the happy place, but it seems that every issue I have ever had since I was 5 years old has surfaced in these two and a bit months.

Then there's the conversation Greggie and I had last night that left me, well, lets just say it was another reason not to sleep. Oh, I haven't mentioned that I'm not sleeping so well and you would only know that if you saw the odd Tweets at crazy hours.

I come from a past business partnership where I kept making one change after the other to try and make it work and I am finally settling into the fact that there is nothing I need to change. I'm on track. I'm getting it right. There's a country song that I listen to often and it says: "Yeah, If you're going through hell, keep on moving, face that fire, walk right through it. You might get out before the devil even knows you're there."
Then Greggie told me that we are both not getting something right or we would be in a better financial position or things would be happening differently.

No self help book can ever solve the quandary of you mind. I don't believe there is a formula that can ever replace that 'knowing', which only you know and only you can learn to listen to. I knew. I just knew that I was finally getting everything right. I was being brave enough, bold enough, sassy and sexy, happy, honest ... or wasn't I?

Maybe today was more about trying to catch up on lost hours of sleep. Or it was about hiding away from the world. Either way, I kissed Mr Unexpected good-bye after telling him how every proud I am of him for all he is achieving. He's created a brand for himself in under a week and his determination oozes. It also consumes ... and usually happens as I'm trying to show him how proud I am and he's telling me how it's not good enough. So I shut the door, climbed into bed and went to my happy place ... Twitter!

After making some awesome connections for #FollowSA and chatting to new and old peeps, I realised that I was in that perfect place of knowing. Sadly, as I thought about it all the doubt came rushing back.

What to do when that happens ... me, I cook! Suffice to say the Mr Unexpected is getting a totally OTT dinner tonight.

I have a bond with Mother Nature. I have her tattooed on my back. I know she's causing more waves (literally) and I wanted to see what's going on in the world. When I turn on the radio, I'll get adverts. When I turn on the news ... adverts! How the ...

I can't do adverts but I can do the next best thing ... CNN interviews.
Michael Wu? I've never heard of Michael Wu. Okay, maybe everyone else has considering he's the CEO of Maxim, the largest food and beverage corporation and restaurant chain in Hong Kong. The program is called The Boss and he's it.
I don't believe in coincidence and every moment of my life I am reminded why not. Some stand out more than others, like this one. I literally got 10 minutes of the 1 hour program. The last 10 minutes. I don't know what I missed, but I know what I didn't.

I have read more self help books than anyone could imagine and then one day I stopped. Sometimes I worry that people are going to ask me what I think of this one's book or that one's formula ... because if anyone is talking about it now, chances are, I haven't read it.
Instead, I listen. A lot of times I listen to the most profound points that people have gotten out of those book. Other times, men like Michael Wu say one sentence that is more powerful than anything else I could imagine.

I could tell that he hasn't had a day of thinking he was getting something wrong. He spoke of having to change?strategic?strategy, but that had nothing to do with him or his vision. He believes in himself and his vision ... even when he's going through hell.

Michael Wu put everything in perspective for me and made me realise that my greatest lesson in life might just be to feel unshakable!