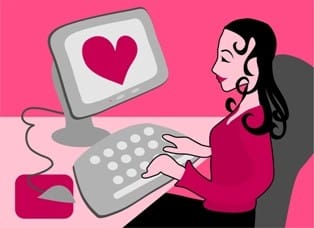 A blast from the single past - project me day 791

The Libra in me has really fallen for this being in love thing and I find myself waking up in the morning and staring at my sleeping fiance while holding up my hand and half gazing at my ring at the same time.

That's how the day always starts. It then moves onto the next obsession and time to scroll through the smartphone and see what happened during the night. Twitter and emails are always the usual, but BBM messages before the birds have finished their first song, well that's a change.

I'm always amazed at two things about people ... How they creep out from the woodwork and how, with Facebook and Twitter they miss big events in their 'friend's' lives.
So the early BBM message was from a guy I met online when Pat wasn't even an idea yet. We met, had dinner, tried to flirt and then realised we weren't for each other. On the other hand, we got on well enough to attempt a friendship, which resulted in us comparing our latest date disaster.

So he's now married and didn't know I was engaged but from the pics he gathered I had finally found my Mr Right too. There was great excitement for each other, considering we haven't spoken in well over a year. I'd guess that's about the time we both realised there were potential people in our lives. And then the reminiscing began ...

Wow, I've come so far since those single days. I can't believe the memories of bad dates and sad hopeless relationship stories that we ended up chatting about. We both got a little wounded along the way and he asked about the two guys.

Two guys ... of course, Mr Big and The Jock!
Amazingly they both congratulated me on my engagement and I have to confess that we haven't spoken since Pat and I have been together so I did sneak off to their profiles to see how their lives looked. Pretty much the same. Both seem to be sporting the single life. Yes, it made me smile. Mainly because the whole time that I wasn't being treated the way I deserved to be by both of them, I kept reminding myself of what I did deserve and I was right ... I found it.

Wow, I remember the blog posts. The lonely nights. The broken heart. Thinking I had found the one and then the?disappointment. Not believing that he was out there after than men I had met ... and then clinging to what I wanted.

If you're single and reading this ... hold on! Don't stop believing because he's out there ... I took me 38 years to find mine and not a day too soon!