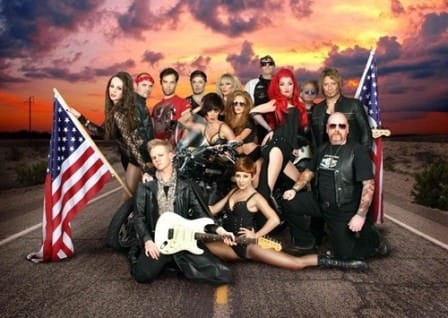 It's nearly March! Once again I'm expecting to be staring at a Christmas Tree with that, 'where did the year go?' look of shock in my eyes. But there's one think I've worked hard at, knowing how lost I can get in the world of social media and making my career happen. I promised myself that there would be me time and us time.

I've waited all my life to be in love and I can't stop staring at the ring on my finger, but that's now where I want happiness to end and begin. So Pat and I have decided to have moment ... very special moments. Going to the zoo, picnics under a tree, movie night ... and the theatre!

It felt like I hadn't been in ages and the excitement helped carry me through another day that's been filled with a little too much rushing, anxiety and the 'how' of life. The theatre and me, well we're great friends but when it's added to by my one of my great loves, I knew that it would be hard to beat this night.

Pat and I have not much in common. Sometimes it borders on nothing at all. Then music fills our home and I'm reminded of just how connected we are. I've said it over again and if you're new to this blog then welcome to my passion for good ole' American music. The kind that has everyone bopping and line dancing. The rock and the?country that was brought to life by the production, American Anthems at the Joburg Theatre.

Let me give you a?glimpse?into my childhood ... I grew up with Dolly Parton, Kenny Rogers, Elvis Presley, The Eagles and Tina Turner on repeat non stop. I swear, my mom was never without music and it became an institution in our lives. I couldn't distinguish between genres but something about a touch of toe tapping and a lot of guitar fed into my soul early in life. That's why Bon Jovi, Cheryl Crow, Meatloaf and Bryan Adams were so easily my musical choices as I grew older and the growing has never stopped. Now I find myself as one of the few South Africans who cling to the day that I can travel to America and get lost in all that is Route 66 and the Grand Ole Opry.

In front of me sat an old lady and she seemed to be with her child and grandchildren. A few rows in front were 5 girl friends who couldn't be older than 30. I didn't think I would say that was young, but I'm beginning to realise that 40 is looming I'm getting to be the older generation. So sitting in the middle of these two distinct ages I was reminded that music is timeless and so are the memories that they?invoke.

'Born in the USA' was the first tape I owned for my walkman.
My orthodontist used to sing 'Jolene' while tightening my braces.
My fondest memories of my grand are attached to the song 'Desperado'.
'Living on a prayer' was my obsession when I used to collect music videos and I swear I've seen that video over 1000 times.
My first CD was 'Bat out of hell'.

Wow, the memories could go on and on!

And all around me, I saw young and old chair dancing, clapping, singing along and wiping a tear at a memory that was provoked by some of the most amazing songs of all time. Mostly, Pat and I formed new memories as we reminded each other that these songs were long played and a part of history before we met but that each one was close to both of our hearts and bonded us that little bit more.

To an amazing cast with incredible talent and to the songs that created so many memories ... I thank you for stopping time for a while and treating me to all the things I love best in one special productions.

If you are in the Jozi area and 'more than a feelling', 'Hotel California', 'Born to be Wild' and so many more spark a memory for you, then American Anthems is not to be missed.

2 comments on “Amen to American Anthems - project me day 784”