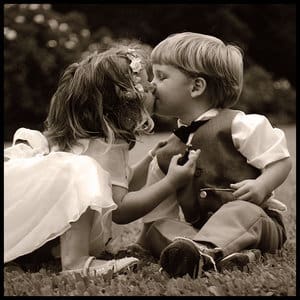 I've heard this song 100 times and even posted it on Facebook and Tweeted because it as one of my faves:

We were sittin' up there on your momma's roof
Talkin' bout everything under the moon
With the smell of honeysuckle and your perfume
All I could think about was my next move
Oh, but you were so shy and so was I
Maybe that's why it was so hard to believe
When you smiled and said to me...

I thought nothing of it when Mr Unexpected and myself where playing it over again the car when we went grocery shopping and while we cooked dinner.
Who is Mr Unexpected? I knew you'd ask!
Unbelievably I have known this special man since before the blog even existed and only when I thought about blogging did I realise that I have never mentioned him. I'm not even analysing if that's a good or bad thing, but the fact is that the whole time there has been a dear friend by my side and all of a sudden there's an unexpected story to tell.

We met on a dating site but never actually met. It took months and months ... and months to get that right and I don't think we met at the right time at all. By then I had decided there was too much water under the bridge and taken it very personally that we had not tried harder to make a plan and meet sooner. The truth is that we bonded way before we met and I was settled into a friendship by the time we stood face to face.

We have grown into awesome friends and are comfortable enough with each other to be the most vulnerable and real. Through it all I only saw friendship. So he's become the guy I talk to about other guys. The one I call to come cook with me when I'm cold, lonely or ... just because. Sometimes we sit for hours, both on our laptops and we don't even have to talk much.

Saturday was one of those typical nights where we listened to country music, worked on our laptops ?and cooked dinner together. Mr Unexpected knows all my fears and insecurities to his hugs and gentle smiles were so much more appreciated. And then it happened ... I went to show him all my Yule branches, acorns and pine cones in my room and we ended up lying comfy on the bed. Mr Unexpected fell asleep and I didn't want him to go home, so I did what any 37 year old woman would do. I went to my mom and asked her what the hell to do ... she basically shoved me in the room and slammed the door.

We could do this. We could fall asleep as friends as wake up as friends.

At this point I can imagine Hustler Girl giggling with an 'I told you so' smirk on her face.

Should I be surprised that it got to that point? That ... are you gonna kiss me or not, point? We could do this. We could kiss and sleep and wake up as friends.

At this point I can imagine Hustler Girl chuckling wickedly with that 'I saw this coming' grin.

To explain everything that went though my head over he next few minutes is impossible but needless to say the kissing went well and as they say in the modern day classics '...'

We could do this, we could '...' and wake up in the morning and still be friends.

And Hustler Girl (who clearly has been saying this for months and I've been slapper her silly notions away) is now doing the air-punch and yelling 'YES'.

Needless to say, it was the most special time and a scary space to be in the morning after. It's also a test of so many things ... a friendship most of all.
We both had our totally insecure moments after he left and I have to admit that we aren't great at communicating face to face, but when we get onto skype all the truth comes bubbling out.

So here's my version of where we are. We are friends who realised that there's a bond that far overshot our expectations. We are both just taking it one day at a time and we are both hoping the other will share their fears as they creep up and before we do crazy things with the situation in our own head.

In between the '...' I would like to share my 'project me' lesson. Apparently I was the last to know that this is where Mr Unexpected and I would end up. So what's my lesson? Sometimes you are the last to know but don't fight the?inevitable just to prove yourself right (when you are so wrong) and when you are faced with the choice ti kiss you friend or not ...