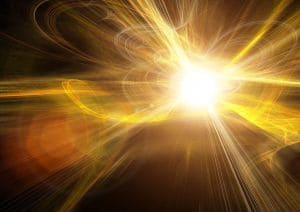 Beautiful by chaotic is Mercury in retrograde

Yesterday was so?diabolical from an enthusiasm level that the most I managed to do was play eye spy on my blog and lose my water bottle for gym so I had a brilliant excuse not to go.

For those who humoured me and partook in my little game ... well, the "L" was for none other than LAZY ASS ... which is all that I felt like the entire day. Amazingly enough I managed to get a thing or two done while Greggie pulled the magically fantastic and personally dreaded blog entry for step aside. I really hope ?I showed enough enthusiasm through my totally numb existence. If not, it's so not my fault though ... I'm blaming Mercury retrograde.

After having done just enough work to not feel like a total waste of oxygen, we went to do our 'chores' ... tee hee hee ... if you call lunching at one of my favourite spots called Hodges, funky new sex shop ?browsing and tattoo approving, chores.

Over lunching to avoid working and trying to figure out how I've gone from a workaholic to a calmly paced writer to a lump of lard ... Greggie gently reminded me that Mercury is officially in retrograde.

For those of you who aren't familiar with the chaos that Mercury?supposedly causes or the opportunity it gives you and how it happens ... well there's so much info on the net about Mercury at this time. ?The just of the whole thing is that it seems as though the planet moves in the opposite direction for a while.
Because Mercury controls our communication and technology, anything that has to do with talking, writing, electronics and well ... the basics of life ... are at risk of being effected!

I don't know if it's just a good excuse or not, but the theory is working for me right now. I was also saved by a fellow blogger confessing her complete writer's block and would love to do a survey on who many people are going through the same thing. On the other hand, the upside is that it's a great time to finish projects, so I'm counting on it that I'm going to have my website up and running before Mercury faces forward again.

On the other hand, I don't know if I can really blame Mercury when it very specifically says not to begin new projects during this time and my whole 'project me' stint and blog began smack in the middle of it.

Living consciously is a huge gift because it's allowed me to make sure that I see the good in everything, which is opposite to the girl who used to beat myself up at every turn. It is with this in mind that I'm going to say that Mercury retrograde does have impact and is real because it's a great time for introspection. The weather is cold and rainy and signaling the beginning of winter and there is no better time than a weekend like this to cuddle up and spend some good quality time with myself!

Like everything in life, we all have choices on how to look at things. It's easy for me to throw blame at the planets and be pissed off and irritated with myself for having an off moment. However, when my best friend compliments me for having one and watches with such joy at how I've changed ... the I'm thinking that looking at the swinging of the planets in a direction that usually causes chaos, is actually a magically special time.