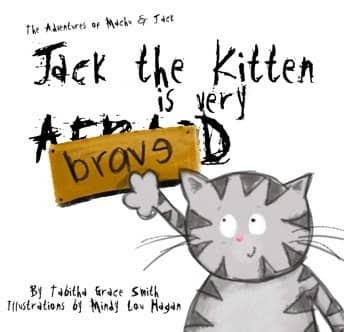 Bravery is scarier than you think - project me day 794

There's always a side to people that we won't ever know until we live and breathe their lives with them. Sometimes, no matter how close we are to people, there are still some things that we will just never truly know. That's the joy of relating and the mystery of relationships.

I've done my utmost to remain within my truth as much as possible in this blog and show the?vulnerable, afraid moments and I know there have been many. I remember the days I didn't want to blog for fear of showing too much of the insecurity, yet those were the moments I felt the most satisfaction.

This weekend has brought many moments that have me realising just how damn scary it is to brave and in some round about way, it's been getting over the fear of being brave that has given me the most faith in myself.

Some of the weekend's events were silly brave steps and others seemed to drain me of all my energy and leave me with a Monday that's been exhausting and focused on being proud of myself instead of picking on me for the lack of faith I begin most project with. I watch how people Tweet about me and the messages I get from friends and colleagues. It always speaks of my bravery ...

Yet this weekend was hell because my perfect Persian cats, who I imaged as indoor children who never wanted to walk through the grass or scratch on trees, desperately want to be outside. For months I have been taking Eragon outside for about 20 minutes at a time and he's been crying at the door for the rest of the day. Then Roran arrived and this kitten just wants to bounce around outside. As for Saphirah, who I would have bet my money on that she wouldn't dare brave the outdoors because she's such a scardy cat ... well she wanted to go outside too.
The day has been coming for a while now. The day that we leave one door open and I'm not outside with my full attention on my cats. It was such a brave moment that I felt sick with fear. One minute at a time, I sat and occupied myself with whatever I could ... and then went to peak outside, stare through a window or call out their names just to calm my nerves.

I'm not even mommy to my twin nephew's who don't know how to swim without armbands yet, so I'm trying to figure out why I was the hysterical one. Water and me ... we are friends! (Hang on ... sneaking to the window to check the cats) ...
Usually I leave the pool when it's time to take the armbands off and replace it with that floating board that half keeps the kids from drowning, but it was family day and I couldn't run away. Super brave hey? Well I was?petrified. I remember that half swimming, half drowning desperate feeling from when I was a kid and it's something that stuck with me. Asking my dad to take me to the side of the pool or crying because I wanted to go out and wishing someone would grab me and save me. No one did and yes, in the end I learned to swim. I'm a rescuer by nature so watching the little one's I love having to face their fears makes me just as scared and all of a sudden we all had no choice but to be brave.
Sadly, I took my scary energy out on the grown up kids (including Pat and my brother-in-law) and every time they wanted to swim, splash or play I turned into scary (different kind of scared), crazy, mother who though I was talking to naughty teenagers.
It took a while, but I calmed myself down to mildly frightened and let the bravery settle in while I hardly had any fun, until it was time to leave the pool and play on dry ground.

While letting my bravery grow about my relationship, it only flared up fears and a whole lot of reasons to be scared ... and in the midst of tears of fears I realised something that was one of the most profound 'project me' moments I've had in ages. Holy crap ... it takes so much to be brave. It's damn scary to be completely in faith. It takes bravery to even dare to be brave!!