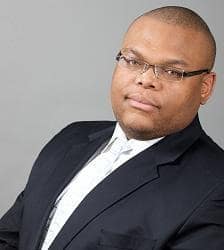 Mr Ntumba is also Deal Executive at Capitalworks Investment Partners, a private equity?investment?house recently?recognised by the international DealMakers publication as the South African Alternative Asset Management Firm of the Year 2011.

Mr Ntumba?has significant Board experience in both the private and public sectors. Some of his responsibilities include the following: for the five years ended August 2011, he?sat on the Board of Directors of the Railway Safety Regulator, a department of Transport institution, where he was a member of its audit committee and chaired its finance and procurement committee.?The South African?Parliament has recently extended his term for a further 3 years on this Board. He also was a member of the Audit Committee of the Gauteng Provincial Treasury. He is the former Chair and still committee member of the Audit Committee of the Energy Sector Education and Training Authority.

He obtained his professional qualifications with Deloitte and Touche Southern Africa?where he was part of its Financial Services Team?and went on to be involved in numerous leadership development programmes including the Gordon Institute of Business Science 's Dialogue Circle, the African Leadership Academy?mentorship initiative and the Advancement of Black Accountants of Southern Africa JHB (ABASA) - where he co-founded the ABASA Leadership Programme and was the body's Board Vice-Chairman in the Gauteng province, South Africa.

He is multilingual. Some of the languages he speaks fluently are?French and Swahili. He is married to Mrs Jena Mukina and they have a wonderful daughter. He is a keen tennis player, an avid football follower, a buddying photographer and a motoring enthusiast.

What is your definition of happiness?
I define happiness as the ability to be present in the moments which matter most to those who love me unconditionally.

If you could have everyone say one thing to themselves every day, what would it be?
Dream big, dig deep and make it happen.

We all need someone to believe in us. Who is that person for you and why?
Without doubt that person is my wife, Jena Mukina. She has been able to take me to my personal boundaries, then stretch them.

What quality do you believe we can never be taught because it is our birth right?
I believe all qualities can be taught or developed if one is determined and dedicated enough.

Describe the moment when you realised that you could achieve anything?
There were many such moments along my life and they were very opportune. Growing up in different countries one has had to adapt to varying circumstances regularly.

What have you always dreamed of being or doing and have you reached that dream?
Wow. This is an interesting question. I am passionate about the tangible development of the African continent, including its heritage. I love the continent and its people and its rich offerings. I hope I am playing a part in making the continent a better place for all. I am from the DRC. But it will take many of us to put up our hands and make our voices and actions count, in meaningful ways.

When life gets in the way, what do you always remind yourself of?
Tomorrow will come. Just do your best.

We all have something unique to offer the world, what is yours?
Difficult for me to say, but if pressed to answer I would have to say my positive outlook to life. I am the forever dreamer.

How do you deal with the fears that could potentially hold you back?
Not very well! I have surrounded myself with driven individuals who push boundaries continuously. I am also working on better enhancing my spirituality.

What do you believe we have lost sight of in the world as a whole?
Selflessness.

This interview is in support of: The South African Ballet Theatre

The South African Ballet Theatre is a non- profit performing arts (ballet) company proudly resident at The Joburg Theatre. SABT was founded by six dancers in 2001 and celebrated its 9th year of existence in February 2010. SABT has a Board of Directors, an Executive Committee, an Artistic Team, 16 full-time dancers, nine apprentice dancers, an extra-curriculum Ballet Academy for high schools students and three outreach schools offering weekly classes to 300 children in Alexandra, Soweto and Katlehong with weekly classes also being taught at the Foundation School (for remedial children) in Melville. The professional ballet company gives an average of 80 ? 100 performances a year, gives two major seasons a year at the Joburg Theatre and has toured internationally (Denmark, Zimbabwe and Russia) as well as nationally (Port Elizabeth, East London, Grahamstown, Durban, Hilton, Nelspruit, Welkom and Kimberley).

In 2008 SABT was the winner of the 2007 PetroSA Proudly South African Nation-Builder of the Year Award.

The South African Ballet Theatre is committed to bringing classical ballet performances of Quality, Glamour, Escapism and Magic to the South African stage - to make ballet an art form to be known, loved and shared by all South Africans.