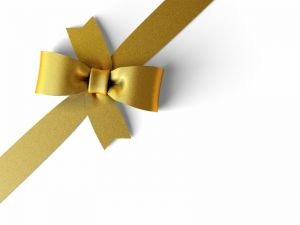 I have just finished a phone conversation with my best friend whose final word of advice for me was "stay away from coffee tables!" That seems like an odd statement but another thing that my best friend said to made me realise that I might just have the perfect Christmas gift for you. You see, I'm supposed to be having a really crappy day for a whole lot of reasons, yet when I share my drama with Greggie he is folder over with fits of laugher.

"I wish you would express some of this in the blog!" was his Christmas wish and so I have swapped my ritualistic tea out for a glass of Amarula (for the overseas folk, it's the very South African version of Bailey's cream liquor). The glass, to be exact, is wine glass ... um, red wine glass. You know those ones that look like a fish bowl? In true style I have half filled it with ice and convinced myself that it is not an overly dramatic serving of alcohol.

Let's start with the coffee table comment. I'm not the only one that can do a little drama. I mean why does a girl choose a gay best friend but for anything else but the additional splash of drama and the fact that she can talk about boys all day and the conversation is more than welcome ... itsy bitsy details and all. Sadly, some of the itsy bitsy bits have been coffee table moments too. Oh, you don't know what the hell the coffee table bit is ... well, one dramatic day my best friend called me and I missed the call. When I finally returned he had told me not to worry because he had managed to talk himself off of the coffee table that he planned to jump off. We giggled about if for ages and it stuck forever. So now, whenever there is a drama of any sorts, we always measure the degree of crisis depending on whether either of us would throw ourselves off the table in absolute?despair.

Yes, Christmas Eve has turned out to be a coffee table crisis. Admittedly, I do mask a lot of the dramatics of the day, but today is worth sharing because, let's face it, you know me well enough by now and I doubt any of you underestimate the amount of drama one day can gather.

I don't know whether to begin with my 4:30am wake up all. Well it wasn't exactly a call, it was more accurately a claw and a foot. This from the girl who doesn't want to have children (pets included) and I wake up to my precious nephew sprawled across my waist and the cat's paw resting gently on my eye. Sigh ... neither began in my bed to start off with with that's where I shall be pinned down until a more reasonable hour where I am able to wriggle myself away and head off to my morning ritual of checking my blog stats, Facebook, Twitter and about 5 ?online dating sites.

Stats are crappy because it's Christmas time. Call me a little selfish to be moaning about 478 visits to a little blog floating around the mammoth world of cyber space. Facebook has just over half a dozen Pokes, some of which I have been returning for well over 3 years now. Yes, us mature adults poke each other randomly and manage to sustain that for 3 years ... and yes, you guessed it, we are all single. Sigh ... imagine the?possibility?of a relationship with such poking endurance.
While returning the about the 17th poke to the same poking person I got lost in the moment, forgot the bath and now have newspaper scattered across the bathroom floor.

I send a very dramatic and soppy email to my closest of close and thank them for all of the support and encouragement this year. I wish them in the ultimate of Jodene's finest writing ability and even add in my Country version of Merry Christmas, (you know, the John Lennon one) sung by Alicia Keys and the very talented (and gorgeous (Tim McGraw). That was at 8am ... now it's 6pm! Besides a very grateful Facebook chat and an overly stated word of gratitude from Greggie (because he knows that I have most probably been thanked by most being Christmas Eve and all) ... I haven't had a thank you, a tear, a burst out emotional gratitude ... nothing! Nada! Not a sausage! I'm mortified!
Don't give me that 'give without expecting in return' speech. Or tell me they might all have lives. Not when I'm feeling single, alone and ... um, alone!

Did I tell you that I think I'm a fabulous catch? I cook brilliantly, I was a massage therapist (we know that counts for something), I'm neat and tidy, clever enough to chat to the boss or the friends, a mother-in-law's dream ... and I do other things pretty well too (say no more, say no more hey!) So why the hell have I been sitting by the computer for the last few hours dealing with moron city.
Firstly, Second Chances has been online for far too long to have not at least checked his Skype and noticed my sweet 'Hello" message. That means he's a lying piece of scum who was too much of a coward to say how he truly felt ... and this from the man who said that honesty is his rare quality that others just don't have. "Project me" advice for today ... never trust the one who says they are honest ... they are clearly lying.
Then there is poking dude who is telling me how special I am and how different I am and on and on ... oh and how he only has eyes for me. Don't boys know that unless you change certain settings the girl you are trying to wooe (spelling sucks, right?) actually gets every heart, kiss and oogly message you send all the other girls. Silly boy!

I'm partially drinking because of my pre-Christmas boy mayhem and the other part is ... no wait, it's all boy mayhem because the other culprits happen to be my gorgeous nephews and my brother-dearest.
Thanks to my slow recovering back I can't do the entire grocery list by myself. My plans for Christmas include pajamas and cheesy Christmas movies so there is no leaving the house until Monday at least. Brother takes me shopping ...

I love him (dearly) but he is the epitome (which I spelt epitamy and had to google) of the man I would loath to be with. He's the one with his hand out the window while his other hand is blowing the hooter and bursting out?intolerable road rage statements. It's Christmas Eve for God's sake, there is like on car on the road and that's the one that go in his way. Parking was like world war seven because he knows my elevator phobia but can't park in the sun because the steering wheel gets too hot. He shops like one of those stupid toy dogs that goes around in crazy circles and find that he forgot to get tissues from an isle we passed about 5 minutes ago. Trolley, him and me must go all the way back because I am not allowed to be in control of list or trolley ... or what goes into trolley. Oh crap ... I know we forgot the vanilla essence because he forgot the tissues and remember halfway through the baking isle. He talks to strangers, throws the bread at the bottom of the trolley and the soap ontop. Buys himself a crispy fresh baked hot dog roll and mass produced ones for the rest of the family, makes me pay for parking and tip the parking guard ... and then burps while pulling out of the shopping mall. Dear God ... please tell me that is pretty much paints the picture of all I DON'T need in my life.

I'm 2 Amarula's down and in the short time from returning home from the shops I have ...
Still been ignored by Second Chances (and contemplated jumping off the coffee table)
Bought the wrong veggies for dinner and upset my sister
Watched my 5 year old nephew insist on making his own milkshake and witness the 5 liters of milk crash to the floor.
Caught the other nephew trying to get the parrot to eat the bird.
Been poked again by the eternal poker (and wondered how many others he's poking).
Been asked if I offer BJ's for Christmas (yes, the outcome of dating site riff raff).
And ... just realised that I have to get back to the shops because the milk the child dropped was the Christmas stash!

But before I do, let me?separate?two screaming children who are about to gauge each other's eyes out because they are each tugging on one side of a brown blanket while the one screams "It's the sea" and the other screams "It's the forest!!"

And on that note, while it all could be so dramatic, thanks to my 'project me' outlook on life and the beautiful way in which I naturally see the world, I shall not find myself on the coffee table tonight!

My wish for you is to see it all through the eyes of the clown ... who knows the truth but also knows that the only way you will survive it is through a touch of comedy!

Happy Christmas Eve!!!
One more sleep .... and the second last Christmas Countdown song is a collaboration of some of today's greats singing Jingle Bell Rock!