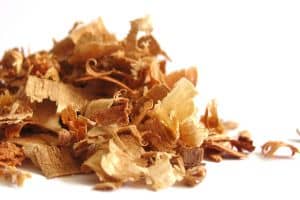 Creeping out of the woodwork - project me day 404

I'm racing against time to blog because the electricity is off again thanks to the builders who are slowly mutilating the house around us. It's interesting to have to let it go considering we are officially tenants here, but there are builders, dust and spurts of water and power interruptions all the time.

It's not helping my mood, but I'm not good at rolling over and not tackling the things that obviously come up for a reason. So the number of things that have been creeping out of the woodwork. I don't believe that issues hit any of us out of the blue. I believe that they linger and give little signs that indicate there is work to be done and if we ignore them long enough then all of a sudden it feels as though we are hit with a ten ton truck while happily skipping across the road.

Everything is emerging and yesterday I had to do something about it. Choice one was to stay in bed all day and listen to Country music (yes, I have the ability to do that ALL day). Choice two was to get up and take one step at a time through the things I have been avoiding or anxious about.

The start was gym because on any typical day when I feel like it's the end of the world, I think gym would be the last thing I would want to do in my final hours. It's far from my final hours, so I dragged my ass there. The truth is that with each step I take I am feeling better about myself and my body. Of course old fears are creeping out of the woodwork and I did walk around the track saying particularly horrid things to myself. It's not creeping up just to weigh down my self esteem. It's finally here to do something about it ... and I did! I carried on through the entire day without binging, cravings or saying anything nasty to precious me.

Work wise ... jeez is there a lot going on there! I don't even know where to begin to bring myself to my fullest potential, but admitting that is good enough right now. So I did the greatest 'project me' thing and took one little step to do something that has been scaring me. I had this brainwave to invite people who have made successes of their lives and lived their 'project me' to tell their story. It's a great concept and all I had to do was come up with 10 impactful questions and an inviting letter to have people wanting to share their story with myself and my very special readers. Well, I decided that weeks ago and placed it on the to-do list. Okay, I did attempt to put it together on more than one occassion, but just ended up being pissed off with me. Yesterday I decided to just do the intro letter. I knew the questions would be tough and I decided not to overload my already weary ego. This is what I love about taking one little step ... before it was time for my weekly lunch with Greggie, I was done with everything.

To ask myself is that was so difficult is only being mean to me and that's a pattern I'm far to aware of to even attempt to repeat.

Well, haven't the boys just been creeping out of the woodwork too. I will never stop The Jock from flirting, but something has changed and the bond is growing stronger. He is always good for me esteem even if it's not in my highest esteem to say that. I will always think he's gorgeous and it's been so long since I felt all woman-like that his flirting feeds my weary ego a little.

Text Guy got me on Whatsapp last night. How odd? How long has it been? He vanished into thin air before I even hurt myself last year and then tells me that he's just got an iPhone and he's playing around. That's not all ... remember the Facebook dude who was in town and was supposed to meet me but then he stood me up? Well he got hold of me too. This is the best part ... he asked if I could help him with his esteem because he's petrified to start a project he has wanted to do for years. It was beyond tough to have to speak my truth to both of these men. To tell them both how they had made me feel and to tell them both that I have moved on. Text Guy apologised and I accepted it with grace, but there is nothing I want to rekindle. This has been creeping around for a long time ... the need to speak my truth and do what's good for me without thinking I am going to be a bitch and the gods are going to punish me.

It's still lingering today, but I keep reminding myself that all of this is creeping up for a reason. The fears, the anxiety, the men who I will always love and the one that I am a little scared to get to know. It's all here ... I can't say it's not a bitch that it's happening just 5 days away from my sisters's wedding, but it's here and I intend to do something awesome about it!