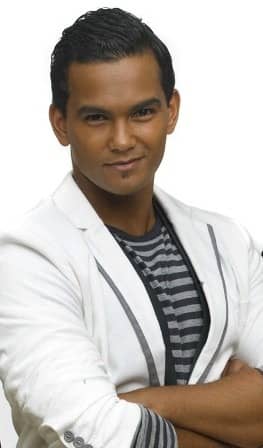 Dalen Lance has been wowing television audiences across the spectrum of broadcasters since 2001. Having started off as the Presenter of Bling on SABC2, resulting in him catapulting into various other productions on the channel over the years and working with acclaimed television directors such as Eugene Naidoo. Hot on the heels of his success as television host of Mnet?s reality hit, High School Musical Spotlight South Africa he also was ranked as one of the Top Ten People in Television for 2008 by The Saturday Independent Newspaper.

Recently the voice of the above-the-line advertising campaign for Disney's? South African stage production, High School Musical Live on Stage, produced by veteran Stage Producer Pieter Toerien and Hazel Feldman. Dalen was heard on all major radio stations, television channels and cinema announcing the national roll-out of the musical with young local actors who were selected during the reality series. The Johannesburg-based entertainer started off as a 12-year old singer/songwriter in Atlantis, 45 minutes outside Cape Town. Reaching the top 50 in Idols 2002 and the top 30 in Popstars 2003 spurred the aspirant artist on to release his first recording album, Be Your Man in 2006, all while studying full-time and successfully completing his BComm degree at the University of Cape Town. The funky urban R&B tracks of the album were well received by young South Africans and charted high on the SABC?s afternoon music slots on Yo-TV, together with the associated music videos. Dalen Lance has in addition recorded material with several South African recording labels and radio stations such as Mama Dance Music, In Tyme and Good Hope FM.

He has co-produced material with high-profile SA musicians such as Michael Manitshani (Carla Diamond; Loyiso; Danny K), Brotherhood Productions, and Ben Amato. In addition to High School Musical, his television credits include Pap Idols on SABC, a guest host slot on 20 Something on eTV and appearances on Fishy Fashions, This Life, SOS and Cave Girl (a BBC Production).

Feature film credits include Dollars and White Pipes and Zenon 3. Stage credits have included the lead role in Joseph and The Amazing Technicolour Dream-coat, Curl Up & Dye, Orphans of Qumbu and Ugly Duckling. His resume includes a range of TV commercials, voice-overs, corporate work, industrial theatre, compere work and ongoing stints as floor-show host at Grand West, Gold Reef City and Silverstar Casinos. He has been nominated in 2005 and 2006 as Best Youth Male TV Presenter at the SA Kids Choice Awards, and has since been selected as an Ambassador to the Starfish Charity Organisation in South Africa, joining the stable of ambassadors which include Lucas Radebe.

Dalen tells his project me story: