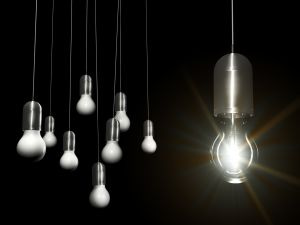 Today I feel speechless. I don't know what to say about myself except WTF?? I'm wondering why I didn't get the little girl dream of getting married and having kids by the age of 24. Not that I haven't seen that be an incredible dream for so many. But for some reasons, when I was sketching my dream life I had other crazy idea. Other mad, big and totally magical ideas that would suit my personality down to a T. That doesn't mean I'm not entitled to curse myself for some of the best ideas I've had.

I always cast my mind to an interview I watched with Robbie Williams. I watched in awe as one of the greatest music icons of the world spoke about how absolutely?petrified?he is of his own success. How freaked out he gets before he records a song, sings a song, releases a song, performs a song. He has performed in front of record breaking crowds and felt like a total failure. Imagine thinking that millions of people (who are screaming and cheering your name) all think you suck. Yet Robbie doesn't know how to do anything else. He can't be who he isn't and he would have no purpose if he didn't wake up and do what his soul is yelling out for him to do.

I totally get your Robbie.

I know my friends sometimes don't understand my panic or that you can shove me on a stage in front of hundreds of people and I'll be fine, but send me to a meeting alone and I want to cry. I get what it does to me ... but I do it anyway.

So, I've had some brilliant ideas! You are reading one of them. There are much more where those came from and I am working with my heart and soul to breathe more and more life into them. That doesn't mean I don't curse myself during Lifeology meetings. Usually Greggie smirks and then it hits me ... "holy crap ... now that's gonna take bravery and confidence! $%#& more bravery and more confidence!!!"

The bolder the idea, the more Greg hoses himself and the more pale I turn but there's nothing else on this earth I would be doing.
Last night I shared some of my big scared crybaby fears with a friend who told me to get over myself. He said it?endearingly but he also made me realise something. This girl ain't changing. If I were anyone else beside the girl with the big ideas who got freaked out by those very plans that spilled forth, I would have no driving force.
My power is my very own ability to bring to life those very things that scare the living hell out of me. It doesn't matter whether it's as small as making a phone call to as big as .... don't let me say how big because that might just spark another crazy idea. Let's just say that what's on my plate is big enough ... it's JODENE enough and it scares the living bajeebers out of me.