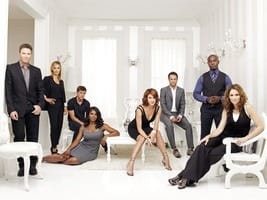 Done with the drama - project me day 344

Last night was the season finale of Private Practice. My mom and I always record it and watch a bit later because I'm usually blogging and she's usually dealing with some international crisis for work. I wasn't even aware that it was the last episode but should have known when the drama began to emerge on everyone's Facebook status's.

I have been known to weep in final episodes of programs in the past and prepared myself for an absolute tear jerker. Maybe a moment as heart wrenching as the death of Denny in Grey's Anatomy all those seasons back. Maybe it's their fault and everything since them just seems stages and mellow dramatic but I didn't find myself crying last night. I found myself predicting the shocking ending and was simply annoyed at the A-typical Hollywood drama.

I'm Libran for goodness sake, I'm supposed to love Hollywood drama. What's happening to me?
I've become a TV watchers worst nightmare and I'm waiting for my mother to ban me from commenting during our array TV series that I seem to be overdosing at the moment. I think if I predict one more thing she is going to tape my mouth shut with duck tape.

That's not the only place where I'm done with the drama. Over the past few months I've watched how 'project me' has lit the way for a much less dramatic life overall. Once again, that is pretty much unheard of for a Libran. A few months back I was out with some primary school friends and we were reminiscing (I think I've mentioned this before but bear with me because it struck a chord). We were talking about what we remembered about each other and everyone agreed that my memories where of always having lip gloss and always having a drama.

The lip gloss isn't going anywhere, but the more conscious I am becoming the less I need the drama. Actually, it's the first time I have noticed my own drama. That's the key though, to first see yourself for what you really are and then see how it serves you.

I adore my personality and some of that over the top nature includes a little drama but only since I have been dealing with illness, the single life and my 10 additional kilos have I begun to distinguish between the different types of drama.

For example: Shaman has completely vanished from the planet. There he was professing his adoration for me and counting the days until he could meet me ... and the next minute he has literally vanished off the planet. Facebook account cancelled and his phone disconnected. I had the opportunity to obsess over it or to let it go and not expect the unexpected Hollywood return and happily ever after with cheesy boy band theme song.

Let's not kid ... some of the drama totally makes my personality and it would be a?sacrilege to lose the little actress in me. As for the rest of my life ... well I see myself watching a little less Private Practice and a little more Modern Family. Being a little less focused on change and a little more focused on the perfection of now. A little less feeling single and a little more blessed with the abundance of love around me.
Not that I haven't already come such a long way since the beginning of 'project me', but I can?definitely?feel the winds of change blowing the pages of a new chapter. A more poetic, less predictable and totally dramatic chapter at that 😉

To go with the bounce in my step and with only 11 days away from Christmas, here is the great Loretta Lynn singing Frosty the Snowman ... yay and tee hee!