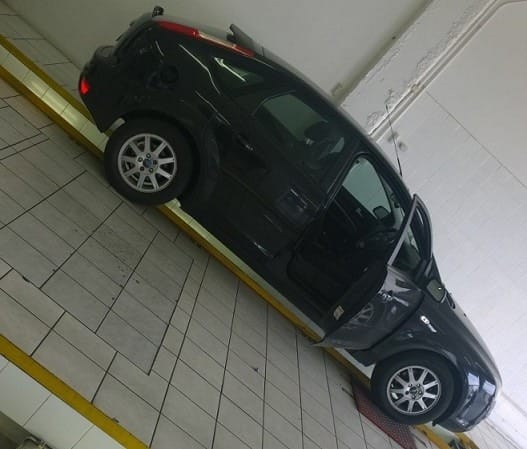 We don't speak about the broken - project me post 1047

Sometimes I notice the long gaps between blogging and try force myself to say something ,,, say anything. When I was blogging daily, I could throw in a random "get to know me" or "my fave country song" post, but both my blog and I have grown up and I find that taking responsibility for blogging my story is very depend one thing ... how broken I feel or how put back together I am.

My car was in an accident nearly 6 months ago. I blogged about that and then everything fell quite. I had endless drama with the insurance's panel beaters wanting to write it off. I refused to and I finally got it to my panel beater. That's when the true drama started and everything went wrong from struggling to initially source the parts, to the wrong ones arriving. His guy then got injured working on my car and then a gas cylinder fell on it when it was nearly finished. At one point, everyone around me made me panic that my guy was actually a bad ass and sold my car off as parts. The whole time, although not sharing the story at all, I kept on checking in and bumming lifts and cars wherever I could. It was a ridiculously frustrating and uncontrollable time in my life, so I said nothing. There was other stuff to talk about ... so I did.

I have my car back now and it's amazing how excited I was to get home, get work done and get blogging. Boasting about my child that is all fixed up!!
I also finished paying her off just before the accident and put her in my name today, which is another very exciting milestone as a car owner.

My car back together again ...

I can go on, but there's only so much I can say about a car, that's now fixed, but I'm still not done hiding away from the broken.

One of the things that I know sets my story aside from a lot of them is that I do tell it in the midst of my brokenness. At least, I try to. It did make me feel less alone in the work, when I realised that none of us want to talk about the broken. Okay, there's the exception to the rule and we all know of someone who thrives on being broken, but I'm not one of them. I thrive on finding solutions, making it work and showing myself and the world that we are, in actual fact, perfect in our broken states.

OMG, that just sounds textbook to me now!

Work is going so well. There have been shifts for the positive in so many directions and things are falling into place, with a new client starting tomorrow and one ready to start at the beginning of the year ... so let's talk about that!
I won't talk about the long road that it took to get to this point. About the frustration with trying to hold onto what works and not destroy relationships with what hasn't been working at all. I avoided blogging about the horrid time I went through waiting for people around me to figure out what lay ahead for them, that would directly impact me.

I'm not great at playing the waiting game with things that are out of my control, because I am used to being resourceful and making a plan. It's a bitch when it's not my plans, but that's in the past ... not broken anymore, so let's talk about that.

I did one post about heading back into the dating game, but soon enough all it did was make me feel broken again. I can only get so many bragging rights and fake my ego boost at managing to score some male attention for a while. It didn't take me long to fall very silent on this one and fool myself by saying it's my private life and I don't need to share it, but the truth is that, besides a few fun moments (with unavailable men) being on those dating sites only made me feel more broken.
Deleted, unsubscribed, with my esteem and integrity partially in tact ... I feel less broken, so let's talk about that.

I exercised and ate healthy today, because broken weeks and months have passed ... so I haven't been talking about that.

I hope I sound more fixed than broken, because I really am. We say it every year, but I can't believe we are a month away from Christmas. I am ending my year on an incredible high though, with a blossoming business, huge achievements on a personal and professional level, a marked improvement in my relationship with money and a few moments of intimacy that filled a void and made me smile (and other stuff).

Thanks for sticking around while I wait for the glue to dry and I feel a little more back together again ...