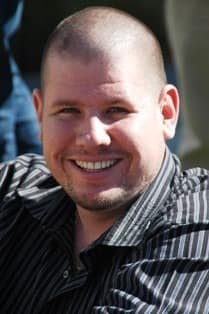 Doug Anderson was given a 2% chance of survival at birth.? He was born with a condition called Spina Bifida.? Dr?s said that he would never be educated and would have no quality of life.? 34 years and 37 operations later Doug is very much ?alive and kicking?.

Doug was expelled in grd.1 from a mainstream school because he had a disability.? After a lengthy court battle, the then TED forced Doug?s parents to place him in a school that catered for kids with disabilities (Hope School).

It was at Hope School that Doug excelled in sports, leadership and academia, representing Southern Transvaal (Now Central Gauteng) in provincial sports for people with disabilities at the National Championships from 1989 ? 1997.? Doug also represented South Africa at the World Wheelchair Games in 1996.? He has 39 Gold, 16 Silver and 5 Bronze medals to his name and numerous sporting awards including ?Sportsmand of The Year 1996?, ?Best Wheelchair Athlete 1997? and ?Victor Ladorum of the National Championships 1996?.

Doug also excelled in leadership becoming Head Boy in 1996 and winning the Rotary Round Table Award for Best Leadership in Schools across South Africa.

Doug studied Alternative Health and qualified as a Reflexologist in 2000.? Doug battled to get employment because of his disability and so decided to start his own business which he ran for 10 years and sold in 2010.

In 2004 Doug decided to do a course on Radio Presenting and shortly after finishing the course was asked to present a Disability Talk-show on a community Radio Station called Radio Today.? He paid his dues and learnt the ropes on Community Radio before joining National Radio Station, Radio 2000 in January 2007 and has been with them ever since.? He has also worked in TV, presenting the 2008 Paralympics and 2010 Commonwealth Games on SABC.

Doug has always been passionate about Making A Difference and has supported many charities in any way possible for many years.? He has been the brainchild of many fundraising initiatives for many charities in South Africa.? He is co-founder along with fianc? Madelaine Steyn of TheMADNetwork ? The Network that is Making A Difference which was launched in November 2011.

TheMADNetwork is a Social Networking platform that enables the user to interact and communicate socially with friends and family AND at the same time make money for their favourite charities without it costing them a cent!

The rationale for the creation of TheMADNetwork is simple explains Doug: ?750million people are using Facebook, 250 million people are using Twitter and so Social Networking is clearly the way of the future.? If you asked these 950million people if they wanted to Make A Difference, chances are they would say yes. Charities in need will always outnumber the companies and individuals that can give. ?The two things that prevent you and I from giving to charities in need is time and most importantly money?

Doug and Madelaine wanted to come up with a model that made a difference and didn?t require a person to give of their time or money.? ?Facebook and Twitter have huge followings but are not designed to help charities and until now the traditional way of supporting charities required you to either give of your time and/or money.? So we decided to design a social networking platform that enables the user to make money for their favourite charities WITHOUT it costing them a cent, and so TheMADNetwork ? The Network that is Making A Difference was born?, explains Doug.

It took a year of development and it has been funded by the couple.? ?The way that it works is simple, explains Doug:

1.? Advertisers place ads and surveys on the various pages on TheMADNetwork.

3.? These points can then be allocated by the user to any charity of their choice on TheMADNetwork.

4.? The charity then exchanges their points for physical money from TheMADNetwork.

So essentially we are using our advertising revenue to help charities in need and in this way, the user gets to make money for their favourite charities without it costing them a cent!

We would like to believe that EVERYONE on the planet cares about something, we may not care about the same thing but we all care about something.? We don?t however always have the money or time to help and so TheMADNetwork addresses this.

We are asking people if they go online to download e-mails or if they are on Facebook or Twitter, that they include TheMADNetwork to their list of social networking platforms and help us Make A Difference in the World!

We worked out that if TheMADNetwork had the same number of users as Facebook, that R3.5Billion would have been raised for charities in need in the very first week of launching!?

If you want to Make A Difference, then join TheMADNetwork ? The Network that is Making A Difference, http://www.themadnetwork.com

Doug tells his project me story:

What is your definition of happiness?
I believe happiness is a choice ? you can choose to be happy or not.

If you could have everyone say one thing to themselves every day, what would it be?
As you think and say, you are and as you sow you reap

We all need someone to believe in us. Who is that person for you and why?
My mother, my late father, my fianc?, my family, my friends ? I am truly blessed!

What quality do you believe we can never be taught because it is our birth right?
Difficult question.? I think there are a few: Passion. Generosity. Gratitude.

What have you always dreamed of being or doing and have you reached that dream?
I am living my dream & I wouldn?t change it for the world! I get to make a difference in people?s lives every day!

When life gets in the way, what do you always remind yourself of?
Just keep smiling!

We all have something unique to offer the world, what is yours?
I Make A Difference at every opportunity.

How do you deal with the fears that could potentially hold you back?
I know that it is the fear of failure that holds people back.? I believe that true failure is not trying again

What do you believe we have lost sight of in the world as a whole?
What you have become is nothing to what you can become.? You matter and you can Make A Difference!