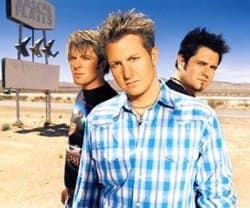 Dream crazy and live it - project me day 558

I must confess, I've been snappy, grouchy and not much fun at all. My first reaction would be to beat myself up about this and I have heard myself say that I don't have much personality, but I know that's not true. I think I'm truly beginning to experience that fear that comes along with actually realising that it's possible to manifest the dreams that float around in daydreamy moments and vision boards.

With creating dreams, there's a whole lot of real life adjusting that never fits into the thought process when images of our future floats through our brain. I dreamed of making impact and being recognised for all the hard work I have put into my blog and social media as a whole, but no one could ever prepare me for the fear that comes along with sitting live on air and not knowing what will be asked of me. I would be lying if I didn't feel a little ill about tomorrow morning's interview on Radio 2000. The upside is that it's at sparrows so I don't have a day of anticipation and in my head I've convinced myself that the whole country will still be sleeping and it will just be me and Angela who is interviewing me.

Those dreams are still the little ones, but when I have a meeting and the Eurocom team ask me what my once in a lifetime dream is ... and then they ask me if they can create a package for me to the be the host and do whatever I like ... well that's some crazy dreaming.
Not to play down the dream at all, but even if the package is created and it never becomes a reality ... no, what am I saying? If I got this far with my dreams then this one is so coming true.

I've spoken Country music until I've slowly converted a few of you out there but no matter what, I've never stopped dreaming of heading off to the home of Country and seeing my dream group ... Rascal Flatts. They will never head off to South Africa even if I do an affirmation a day and create the biggest witchy brew ever. So my only other dream was to head off to?Tennessee, Texas, Carolina,?Georgia and anywhere else where my greats and ... Jack Daniels was born.

Below are the words to one of Rascal Flatts songs and I was singing it all the way home, from the moment it sunk in that, if Eurocom and myself create an awesome enough package and there are enough Jack Daniels drinking, line dancing, cowboy boot wearing girls and guys out there ... that I could actually manifest my craziest dream.
Isn't that what manifesting is all about anyway ...

There's that star, the one they said we'd never reach
And just close your eyes
There's the missing moon, there's the Milky Way
Heaven's straight ahead, we'll be there today
Rainbows right and left, sunshine everywhere
If it couldn't be baby, how did we get here
Chorus
Some say we'll never get if off the ground
Some say we'll never make it out of town
That someday we'll end up a world apart
And some say we're a couple of crazy kids
And some say that's exactly what they did
And I say you got to go with your heart
And baby, look where we are

There's that home, the one they said we'd never share
And just close your eyes
There's the picket fence, there's our mailbox
Puppy on the porch and roses up the walk
Shinny minivan, kids in every seat
Someday we'll look back and see it wasn't just a dream