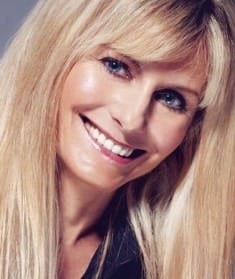 Gis?le Wertheim Aym?s tells her project me story in support of The Girl Effect

Gis?le?s media career spans a broad range of experience, from editorial, marketing, publishing, finance and advertising sales to media innovation and strategy. Her career highlights include, recognition as the leading Media Personality of the Year in 1992, winner of the International Press Distribution Awards for best International magazine launch for ELLE as well as over 30 local awards for magazine publishing excellence.

She was elected Chairperson of the Magazine Publisher?s Association of South Africa between 2003-2005 and over the years has served as a Chief Judge for the PICA Awards for Magazine Excellence.

During her media career she has launched and re-launched more than ten magazine titles and was responsible for several new newspaper projects, as GM Advertising Strategy and Sales and then GM Innovation at Avusa, including being a member of the strategic planning team for The Times, Sunday Times first Daily Digital Interactive newspaper. In 2008 she joined First National Bank as Media Director and led a team in FNB embracing focusing on social media and digital projects, for which she received CEO recognition at the 2009 FNB Innovators Awards. Gis?le left FNB to participate in the family?s business interests and is currently a non-executive director of OmniMed (Pty) Ltd.

She recently purchased Longevity magazine and website www.longevitymag.co.za and is living her passion!

Gis?le tells her project me story:

What is your definition of happiness?
Walking on a long, preferably deserted beach, with the waves tickling my toes, the sun warming my back, the wind in my hair and nature all around me.

If you could have everyone say one thing to themselves every day, what would it be?
?No one can make you feel inferior without your consent. ? Eleanor Roosevelt

We all need someone to believe in us. Who is that person for you and why?
I?ve had a few mentors in business, family and my partner who have supported me over the years at different occasions in my life, for which I am grateful. However, I firmly believe that if you don?t believe in yourself, then it won?t matter who believes in you, you won?t get there?

What quality do you believe we can never be taught because it is our birth right?
Abundance is the birthright of everyone. However, very few realize it because the term ?abundance? is thought of only in relation to money. However, we are born with abundance, no matter who we are or where we are, whether it is in our health, our ?looks, our disposition, our intelligence, our environment, our religion, our family, to name a few. We all have abundance in one form or another and we just have to see it, believe in it and use it to our advantage!

Describe the moment when you realised that you could achieve anything?
When I launched a school newspaper with a friend. It was a first in the history of the school, we were in our early teens and I believed we would conquer the world

What have you always dreamed of being or doing and have you reached that dream?
No not yet, but I will get get there. I would really like to make a difference to people?s quality of life, not just my own!

When life gets in the way, what do you always remind yourself of?
It?s always darkest before dawn and you?ll always come out with more wisdom, no matter how bad it is

We all have something unique to offer the world, what is yours?
I have more guts than sense

How do you deal with the fears that could potentially hold you back?
I meditate on them, debate them with myself (and others) even get angry and depressed by them, but I work at processing them so that I can move forward and not fear them any longer

What do you believe we have lost sight of in the world as a whole????????????????
The world we live in has become far too motivated by greed. The gap between rich and poor in many countries is simply too great. So many seem to believe enough is not enough. But how much is enough??? We all have to be productive and our societies and economies must move forward, innovate, develop and create.? The very?imbalances?we see are often result of this advancement. However, at what cost?

In ancient greek mythology Erysichthon was a Thessalian king who chopped down the sacred grove of the goddess Demeter in order to build himself a feast-hall. As punishment for the crime the goddess inflicted him with insatiable hunger, driving him to exhaust his riches and finally, in poverty, devour his own flesh. Sound familiar considering our current global financial crisis, growing death rates of lifestyle related diseases and of course more and more natural disasters?

We are living in a world of contradictions. Science and medical advancement is ensuring those with access to education and money live longer. ?People in developed countries are eating more badly than ever before and there are rising levels of obesity in these countries resulting in lifestyle related diseases which need to be treated at great cost. On the other hand there are millions of people in developing countries dying of starvation. ?There are more obese people in the world (some 1,5 billion) than there are starving people (around a billion)? according to the International Red Cross.

And while this all goes on our environment is taking a beating as we continue to abuse the earth?s resources.

Humanity is its very own ticking time bomb and in a way I am glad I won?t be around when it explodes (and maybe this is just what humanity needs to bring some sense to it). However while I am here I would like to be able to say I tried to do something to make a difference even in the smallest way, if not for now, but for future generations.

The Girl Effect is a movement driven by girl champions around the globe.?The Nike Foundation?created the Girl Effect with critical financial and intellectual contributions by the?NoVo Foundation?and Nike Inc. and in collaboration with key partners such as the?United Nations Foundation?and the?Coalition for Adolescent Girls.

It is devoted to the idea that the empowerment of girls is the key to significant social and economic change in developing countries. When a girl has the right tools in place, a chance to use her voice and systems set up to work for her, she will transform the lives of everyone around her. Studies show that when you improve a girl?s life, you improve the lives of her brothers, sisters, parents, and beyond.

The Girl Effect is about encouraging people around the world to use their voices, talents, and communities to help girls help themselves?and, as a result, everybody else. It?s about providing the tools and the network needed to spread the word about what girls can do.