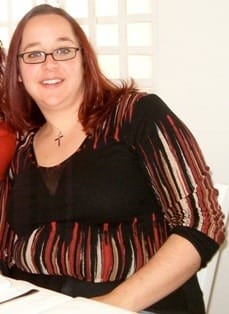 Tomorrow I will blog about today and how this feeling has gone on a little too long, but right now I have to blog about yesterday and the straw that broke the camel's back.
Admittedly, it was easy for me to get myself lost in the party preparations for Greggie's birthday week and the build-up to the trailer trash party. It was a fabulous way of escaping a whole lot of things that have been weighing me down and I've totally been avoiding communicating and dealing with ... but those are all of today's realisations. I first have to expose the final straw ... or is that straws?

If I don't throw myself into the victim space I've been in and just share this with you in the low self esteem that I have been experiencing it, well then I'd be continuing the pattern of denial! So here it is in the words of my low self esteem ...

It's been a few days now and I think it started around the time that Mr Big got a new girl, The Jock told me he was moving in with his girl, I couldn't go to gym because my tattoo was healing, started eating a little too much because I wasn't feeling so great ... stopped being as enthusiastic about work because ... um, that's what my low self esteem decided to do ... and .... yes, there's more ... started destroying Genuine's opinion of me before we had even met.

By the time the party was over and Sunday morning rolled in, I had scrolled through the party pics enough to think that I would be totally chilled to past them all over facebook and my blog. I mean ... I've come such a long after losing enough weight to populate the world with at least 6 newborn babies from all the fat that I've shed.
None the less, I've been dealing with Genuine constantly asking me when I'm going back to gym because of his own issues around his body. He's been in a state because he's been having fun and enjoying life a little too much and I've been so grateful that I have a much better approach to eating and life.
My head has been reeling in countless directions after telling myself the truth that Mr Big was always ashamed of my overweight body and that my only fault was to stick around ... but I never took on his shame. So, it hasn't been easy attracting another man that is body obsessed. But, I've given Genuine the benefit of the doubt and have focused on the energy with which we chat and connect and have not killed the anticipation of meeting him because of the constant jabber jabber about food and body issues.

I was even bold enough to take pics of myself in my trashy party outfit and send it to Genuine. I did hold my breath and think that he'd never contact me again ... but he did ... of course! Oh, just one of the things my low self esteem decided to throw at me.

I've felt uninspired, unpretty and unnoticed over the past few weeks and have made the lives of anyone who tried to come close an absolute misery. I don't shy away from confrontation, but also have the ability to take that fearless energy and use it as my weapon as I back other people into the nasty corner of truth and force them to communicate with me while I lambaste them with honesty. I might pretend that it's such a great gift to speak the truth ... but only my low self esteem has been bullying people into spaces that they are not ready to deal with. I can't be harder on myself now and start apologising to those special people, because it will only give me another excuse to be mean to myself. I mean, give me a platform to think I have been nasty or cruel to someone and I'll pin myself to cross myself.

I can go on and on about the shattered esteem and how I have been pretending that everything is so rosy, but then I am only admitting that showing weakness is so far from what I ever allow myself to experience.
So ...
When I'm down ... this is what I attract:

After being bold enough to dress up as a preggie trailer trashy pic when I was already feeling down in the dumps about myself ... only to be told that I am fat!
Yep ... someone told me they hadn't realised I was so fat and then decided to elaborate and say that I'm very pretty, but I would be so much prettier if I shed a few pounds around my stomach, my thighs and my arms. Oh ... my low self esteem so needed to hear that!
His argument was that it came from a space of love because he sees how beautiful I am ... but the more he tried to unravel the statement ... the more I told him to allow it to be his truth. I called him a typical man. Told him he was shallow to not be able to see beyond the physical ... and sobbed my heart out while staring at the pics of myself and only feeling pride.
Yep ... how shattered is my self esteem really, if all I could see was how much weight I have lost, how beautiful I felt, how much fun I was having and how comfortable I felt in my own skin?

It was one of the most confusing spaces I have been in since the start of 'project me' and I have no words to explain the frustration I was feeling while trying to remind myself of what this year is all about. I just couldn't do it ... ?I battled to connect to the fun even though I could feel that I was telling myself the truth. I felt proud of me, but was shattered at what the world might think of me or say about me ... yet, I know that it's the least important thing in the world in comparison to what I think of myself ... I tried ... but my low self esteem won the battle as I fell asleep ... fat and defeated!