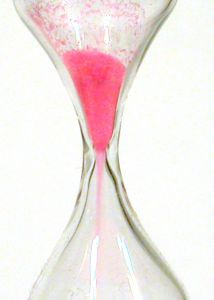 I have confessed it once before and I'll state it again: hot dog Sunday was stolen from The Jock when he told me about his hot dog Friday that he shares with a few mates. Isn't that just a brilliant idea? One good enough to steal I would say.
Hot dog Friday kidnapped and dressed up in its Sunday best, I had all the friends over today for hot dogs, wine and champagne is plastic cups and board games. We played 30 seconds and I love the mad rush of having just 30 little seconds to describe 5 different words. My best is that a large part of the friend crowd is gay and that counts ANY sports answer out ... tee hee ... Straight boy and me were on the same team and we can do answers, but we lost anyway ... twice! Sigh 😉

The day was semi hijacked by my very special friend, Twinkletoes. It's his birthday this week so he took the opportunity to combine the day with his birthday and bake a penis cake. Yes ... that's right! Thanks to Hustler Girl who gave it to him for his birthday (always convenient to have a friend who own an adult store) we were blessed with nibbling bits of ... um ... penis! I do think the token straight boy oped for an iced pink cookie instead! I love how nutty we are!

When I lived alone I had friends over?regularly but for some reason, since I moved back to my mom, I don't think I've had friends over except for my two birthdays here. That's just silly. My mom doesn't mind at all. I always keep it simple and there's not much mess ... which is my pet hate. Yes, I'm cheap and nasty but I was not doing dishes ... sorry! Enough said.

One day, when I've manifested the case, well then there will be dinner parties and my friends can drink from the crystal. Obviously by then I will have the dishwasher and dish washers to help me out a little. Yes, that's on the list of things to manifest.

It's easy to share all the fun that was had to today, but I thought to rather share what was going on inside my private and somewhat nervous mind. So, all of the festivities are over. The year has almost officially begun. That means I have to stop eating like a crazy person. I have to get back to gym for the first time since my back injury in August. I have to launch the 'project me community'. Money ... oh crap, we have to start making money. The whole day I had crazy voices of 'how do you plan to ...?' 'When do you think it will begin to ...?' 'What if it's really difficult to ...?' In a million ways I just wanted the day to carry on forever. Surrounded my the most incredible friends a girl could ask for and in a time when the whole world could pass us by and we would know no better. I had to keep silencing my mind and reminding myself not to worry about the 'hows'! It helped at times but then the madness would get a little loud again and butterflies?interrupted?the chilled out day.
'Project me' has given me the gift of knowing that I can and I do but for some reason I have a crazy fear about the time and what 'suffering' might occur before that times comes. I know I can ... but what happens if it's only in another 5 years time and I am in a living hell of ... DO YOU GET THE MADNESS NOW?

I'm excited and I hope it shows ... but I'm totally freaked out too. Some of the things I have been trying to do for years (like the being healthy) and others are brand new (like growing the blog and launching a community network). Somehow we always end up talking business and Twinkletoes asked how many workable hours I have in a day. Well didn't that just freak this poor girl out. At the beginning of this year I was literally a psycho workaholic. I learned to tone it down thanks to the consciousness of 'project me' and then life came to a standstill after my back injury. Now someone wants me to verbalise who many hours I work in a day ... the workaholic wanted to shout out "13 hours a day" but the healing body wanted to day "maximum of 4" and so I settled at 6 1/2 to 7 but from that moment on I have felt like I'm lazy and totally not?ambitious. What is the average amount of time a person works in a day? Please, someone settle the chaos in my head!!

I'm trying not to make tomorrow a whole big think like the landing on the moon. It's just another day and I don't have to get everything right by the time the sun sets. All that happened is that the earth began her long mission all the way around the moon and for some reason we do this huge big crazy thing that involves resolutions and new promises and wiping slates clean. For some reason I always have to start everything over again ... here's a little secret (that I can't believe I'm sharing with you) but when I fantasise about relationships (which is very often) I always imagine the meeting of the person. I never ever imagine a year or a month into a relationship. It's always the meeting ... always the same person ... but different?scenarios over and over and over and over and o.v.e.r and OVER again.

There it is ... one of the big things I need to be conscious of for 'project me' to evolve a little. No more starting overs. If I imagine relationships it's gonna be a few months in (hell I might even be brave and imagine living with someone ... eeeeeeekkkkkkk). If I have a day of crazy eating then there is no starting over and if I miss gym I'm not letting my mind drag me back to day one. The game has just taken a little notch up ... it's not starting over but rather moving right along.