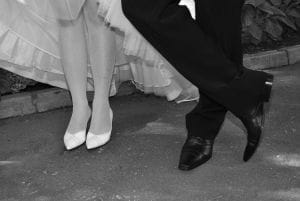 It's 6am on the morning of my little sis's wedding and I thought it best to get the blogging done before bride, mother of the bride and madness awakens. Got my tea in my princess mug and a particularly happy smile on my face today. One of my favourite songs (which I have taken as a little life motto) is 'what a difference a day makes', which is exactly what yesterday was all about.

After a?turbulent?Friday my sis and her future hubby ended up staying together and did a few little things together in the morning. That gave me the perfect opportunity to put the final touches to the speech and say it repeatedly to the cat. She wasn't particularly charmed but then neither was I. I pride myself in being able to stand up in front of a room/hall/auditorium of people and speak without a note in sight, yet for the wedding speech I have (had) every word planned. As I said it over and over and tried to put my personality into something so rehearsed, but lets face facts ... it's impossible for me.

Luckily I had such an entertaining day with the bride and groom to be that it gave me the perfect opportunity to toss the speech and just damn well get up there and speak from the heart. I can't keep rewriting it every time one of them does something so charming or priceless that I just have to make mention of it. For example ... future hubby says his final good byes to his wife to be and proudly announced that he bought them a wedding present (silent pause) A BATHROOM SCALE! Gulp ... well didn't I dash to the car and close the door while chuckling silent to myself. That's what happens when you marry a man like your father 😉

When I was just a guest at the wedding it was fine for me to wear non padded, strapless bra. Now that I'm bridesmaid, my boobs need to be a little more center stage. Well to be honest, I didn't like the bra in the first place but I think I've mentioned how much I hate shopping (lucky dude he gets me). My mom is a professional make up artist and a damn fine one at that, despite her virgo bride-to-be daughter who turned the trial into ... well ... literally a trial. Case rests, my mother is brilliant. So it was off to find perfect foundation for sis and boob lifting bra for me. Both were a trying drama just hours before the shops closed the day before the wedding.

My brother drove us to the shops and in Yiddish there is a word called Dufkah which means deliberate. He's pissed that I wanted my car to be used as the retinue car for my sis, her little bridesmaid and myself, so he drove like a jerk and said he's better at driving automatic. I'm sure by now you know there's no messing with me and so I called my incredibly precious friend Twinkletoes (who I have secretly wanted at the wedding all along). Twinkletoes has a very fancy Audi and the perfect personality to keep the bride calm on the way to get married. Brother was a bit astounded, but it sorted out his personality for the rest of the day and everybody wins. Of course, I win most of all ... I gave up on trying to get Inked Dude to the wedding after realising that I have been doing most of the calling and messaging. I also had to hold myself back because The Jock is newly single. Now I have the best of both world ... Greggie and Twinkletoes to dance with and there is no one else I could think of to spend this precious evening with (not forgetting Hustler Girl and her man will be there too).

Now it gets to the point where bride and groom to be are no longer allowed to speak to each other. Now it gets to the point where my life becomes a comedy act of juggling between two lonely hearts. Most couples don't see each other for like a week. These two love sick kids had to get through one night. Well, I had to get through the night. When they first fell in love they used to sms each other about 2000 sms's a week (Thank heavens for Blackberry) and now that they live together I'm sure it's down to about 1750. I was with my sis doing the last little things (which is always an extended list for a Virgo bride) and my brother in law (to be) was with his family. He was then writing his speech. He then finished his speech. He then drove home. He then wanted to know what we were watching. He had then seen it. He then wanted to know how his bride to be was. He then ... heaven help me, the boy reached his 2000 sms's in one freakin' night.

It was awesome to hear my sister laugh so hysterically and it's not like I need a reminder that she really is lucky to have found such a beautiful man, but the reminder was refreshing anyway. My sis and I have had a very?turbulent?relationship and to be honest that is why I was only included in everything at the last moment. My future brother in law was born with an optimistic outlook on life and he has secretly been determined to get my sister closer together. A lot of what he tried only made it worse, but after a big bust up that spilled out truth my sister and I found a new respect and love for each other. Not that I wished them chaos as the wedding grew closer, but I am happy that the best man and bridesmaid both had their issues just so I could stand by my sister today and talk about their great love tonight.

Mom is up ... sis has a nervous rash ... the day has begun 😉 Wow, my little sis is getting married today!