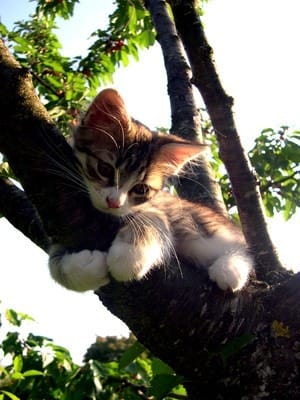 It might have been the day I walked through the burned shell of my business, escorted by a fireman to collect my appointment book so I could make calls to my clients and tell them that their beauty treatments needed to be put on hold, that I had my first real taste of not being prepared to fail. It's the one memory that launches itself at me when people call me brave or tell me that they admire my life story.

I remember that day so clearly. My business was in the bottom section of my family home and on the 1st of August 2004, while having lunch with a friend about 10 minutes away, my mother called to say the house was on fire. Dashing to the car, I must admit that I imagined a small fire in one of the rooms, but when I was just leaving the shopping mall and could already see the smoke, reality hit ...

My dad was sick for so many years and had to live on oxygen, so there were tanks throughout the house. Of course, the firemen would never have known that. It truly was a miracle that no one was harmed when the first oxygen tank blew, but it's impact was so massive that it shattered windows in the block of flats behind the house.

The next day, I waded through black water and debris of my wellness centre and not for one moment did I think that I was going to call those clients and cancel them. I just needed time to find a different place to continue my business. Only one went somewhere else. The rest waited a few days and had pedicures in odd places while I found somewhere to relocate and start again.

I must admit that I did think that was the natural reaction for everyone, but as I've started to turn more of my lessons into teachings, I've truly started to empathise with the fear that haunts people and puts the breaks on.
I'm currently back to being a student and doing some amazing work with Vangile Makwakwa?called Wealthy Money, through her book, Heart Mind Money.?It's not the first course I've done about money and improving my relationship with it and myself, but the patterns are the same. We begin as 10 eager people and only two or three of us get to the end of the course. Some of my closest and dearest friends have started the work with me and not completed it.

I can only image that it's because the fear of getting started and failing at the changes they hope to make for themselves doesn't materialise or the emotional ties to the work will be too much. Any which way I look at it, the fear of failing is like an anchor entrenched into the deep ocean of our uncertainty about life's support for us and our own personal strength while on the path to self realisation.

Here's my confession.
I'm not brave at everything! I fake braveness really well, but I'm in a space of petrified procrastination, alongside everyone else. It may be easy for me breeze through a course, where I face my past and look at my personality but I have finally been sighed by a publisher to turn my dream into a reality and write my Project Me book. I'm so afraid, that I haven't signed and returned in to him yet ... nearly a month later.

I'm stuck! I'm afraid! I've made my life too busy to find time to write! I've ignored the free time I have and I've curled up into a ball under a safe, shady tree of blissful nothingness.

BUT, that's not what I'm here for. That's not what you're here for!
Try anything ... that's how to fail with pride. You know the stories of all those people who tried umpteen times and failed. Everyone has a copy of a Richard Branson book somewhere in their lives. Everyone has a positive quote stuck somewhere in their reality or in their mind, but not everyone is brave enough to just try something.

It doesn't have to be something big even. If you climb one branch, get stuck and need to be rescued, you will still be further ahead than you expected yourself to be. Read one line a day .. write one line a day. Just do something.

This is what I am currently doing to help me through the writing process: I keep a book with me and I write down Project Me lessons that pop up or examples I would like to use in the book. It's all scribbles and to be honest, it's already plotted out, because the publisher approved the overview of content, but my ego still needs time. That's okay, because with each note I scribble down, I'm affirming to myself that I know what I'm saying and I'm ready to do the work. Each bit of effort I put in, even if it's one random sentence I jot down, is another brave branch that I climb up on the way to the top ... and if I fall, I will always know that I did it from a brave height I climbed all by myself!!