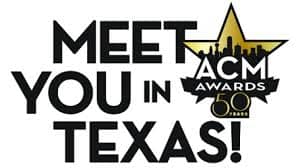 How to unstuck your dreams from reality - project me post 1066

Jodene
6 March 2015
Project Me
No Comments

Growing up, my mother had a (let's call it addiction) for strawberry and musk flavored gum. My dad would buy her boxes of it, stored in a walk in cupboard just outside their bedroom. We were allowed to sneak in and take as much gum as we liked, so we obviously hung out in the cupboard quite a lot. While taking in the smell of strawberry musk, music would bellow through the house and at my age of about 6 or 7, my eyes were perfectly in line with the tapes my mother would work here way through. Dolly Parton, Kenny Rogers, Willie Nelson were mixed into the Bee Gees, Shirley Bassey and Diana Ross.

At the same time, my dad had worked his way up from a flunked out student to the MD of Bull Brand food and had a passion for finding the best steak in the world. Texas ... he spoke about it so often and every time he came back from overseas, he looked more like a cowboy.

Growing up, I hold onto a small portion of the memories and became a typical teenager, listening to music my mother couldn't relate to and my father told me would make me deaf. His life choices made changes to our lives and before I could build a solid relationship with money, we had lost most of it. Before I hit my teens, I was learning what it was like to let go of dreams in order to have just enough for what we needed. Cars got sold, houses got auctioned, holidays got less, dreams became a luxury.

I believe that we are programmed with beliefs, but they don't have to be our truth and a very important part of Project Me has been to watch what I believe and then find my truth, which ultimately manifests into my reality.

Growing up, I stopped craving the need to fit and started wanting what made me happy and what I listened to was on of them. I missed country music. I missed listening to Kenny Rogers sing about a gambler and Dolly Parton sing Jolene (which irritates the shit out of to this day when people confuse my name), so I went back to what I love. I found escapism in songs that have stories and voices that truly believe their gift come from God. Without any rebellion (born Jewish, practicing Pagan) some of my favourite songs became about Jesus, mainly because I could hear faith in the words and with everything I had been through, along with my family, faith was something I had to build a new relationship with.

I love South Africa, but it's devastating that Country Music just hasn't filtered its way down here. Of all the things I'm grateful for with technology, the fact that I can stream a radio station from Texas or Illinois is a blessing for my soul.

Now to see some of my favourite artists live. Oh, how I have dreamed of that. I have many dreams, some which advance my career and others add to my happiness or my abundance, but to dream of seeing Luke Bryan, Rascal Flatts or Miranda Lambert singing live is one that tops them all. That's why 10 months ago, when cash was flowing into the business account and I was riding the wave of manifesting my reality, I booked tickets to the biggest Country Music festival the US has ever had. That's it ... I was heading to DALLAS!!!

Reality ... I hate traveling alone.
It's amazing. I think everyone thinks I'm a tough, fearless chick, when I'm actually a nervous wreck about getting through life on my own, so I bought an extra two tickets (one is for a dear friend in the US) and spoke to a very special friend of mine here to come along with me.

We had a plan, it was a magical one. Both loving the music and other dreams in the US, like walking the streets of New York, we began to plan. Time passed on. My business went through a growing phase and her job took a turn that upped responsibility. Reality got in the way ...

The months rushed by and although we kept the dream alive by conversation, nothing materialised into reality. Still, all we had were concert tickets.

It's a month away and I'm clutching to my dream with everything I have. There have been times when I have tried to convince myself there will be other times. I've looked at our business bank account and thought that the money in there needs to be stored away for another cash flow crisis ... but on the other hand, if I let go of this, I'm only repeating what I believed to be true as a child. I watched my dad let go of his dreams first and it was heart shattering.

Yesterday I spoke to a friend of mine who just lost her dad. We grew up together, so she really is my oldest friend. She asked me how I cope without my dad and there are days that I wonder that myself, but I told her that it's in the moments when I wish he was here to see what I have manifested, that I miss him most. Chances are, he would tell me it's the wrong time to throw thousands at a crazy trip to the other side fo the world, for a country song ... but that's the very reason why I have one month to turn this dream to a reality.

Yes, there doesn't need to be so much chaos around it, but there is. I believe we create our own realities, so I'm going to take responsibility and say I was part of that manifestation of chaos. Knowing that, I also know I have the power to make different choices, remind myself that I am more than worthy of manifesting a dream that I thought was impossible, but that I also know will break my childhood programming of losing in order to survive!

One month to go ... no flights, no visa, no plans ... just a ticket to the biggest Country Music festival the USA has ever seen!!!