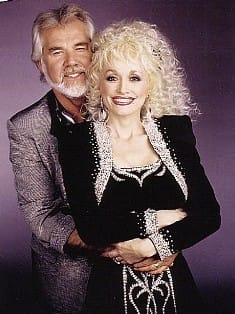 Times are trying, I'm not gonna kid myself or paint a pretty picture. Not even kitty is a bundle of joy now that she's turned into Jack the ripper and keeps jumping onto the parrot's cage. There's proof that we will always be who we intrinsically are. Kitty might be a bundle of cute and cuddly fur but she's a hunter at the end of the day.

I'm a surviver and a glass half full girl, but it doesn't make some days any easier.

Both days I shopped till I nearly dropped and for a body that hasn't moved many muscles in over 6 months you had better believe that it was major exercise. This morning I have a different kind of ache with muscles and nerves letting me know just how much I pushed myself. I was determined to! I got everything I need for the wedding ... including the bra.

At the same time I decided to finally buy the scale that my dedicated SlimLab sponsor, Niel, ?has been asking me to get. I've adjusted to the fact that weight is just a scientific number and I need to see if the science of my formulas is working.
I also finally bought myself something totally cute. I can't tell you though because it's for next Wednesday Lammas ceremony with my friends and I don't want to ruin the surprise, but there will be pics, I promise!

Dashing around the shops and knowing that I have a little money to do with what I please had me drooling for a compilation Country music CD. Yes, I'm still in the arch ages of CD and don't have the bandwidth to download music yet. All my friends are doing it and I'm about to jump on the bandwagon when we move and I can get some uncapped bandwidth ... welcome to South Africa.

With gym coming back into my schedule and the fact that music is vital for my peace of mind and sanity, all I wanted was a little bit of a few of my favourites. I can't afford to be buying each of my favourites JUST YET so maybe just a CD that had a handful of great artists with fantastic songs from last year would have been ideal. A little Keith Urban, Rascall Flatts, Kenny Chesney and a dash of Martina McBrida, Sugarland and not forgetting some Tim McGraw. Not in this town ... sorry for me!
I get my Country fix from a?satellite?music channel so I can't choose what I want to hear. I am a fan of all my faves on my Facebook so I get messages like "Martina just released her new album" and I know I might hear a song or two in about a year or two. It's frustrating enough but to be guided to half a row of Country compilations and to have Kenny Rogers, Dolly Parton and Johnny Cash staring back at me is just vomit! I think the last time they imported a?compilation?was 1982! When I asked for anything more recent the dude actually looked at me as though I had fallen off a bucking horse, legs in the air.

It's Monday ... not the best one, but I'm doing everything in my power to pull it together and be productive. I think I'm gonna walk into Greggie's house and burst out crying but then it's sort myself out for a big meeting with my super sponsor, Bruce Young. I have changed on the blog to make and little tweaks hear and there. I need to be focused and it would be so much easier if I had a little Country on my Ipod! The most frustrating thing is that what is so simple for the rest of the world is so tedious in mine!

Oh, while I'm complaining (which I hardly ever do ... lol) Youtube is not blocking videos too, so it's dwindling more than you will ever know.

This one's still around for me ... Number 1 at the moment, Kenny Chesney Somewhere with you!