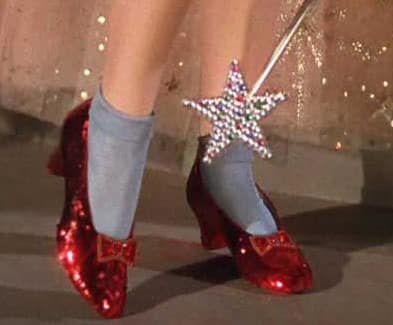 I'm not sure how alone I am in the world with the wanderings (it took me years to learn the difference between wandering and wondering, but the way) of my mind. Maybe if I weren't daydreaming so much in school I might have learned the grammatical difference long ago, but I would much rather have it this way.

When I was younger I did it to escape from reality and went as far as having two?separate?lives. My sister and I used to 'play a game' called Mary and Jane. If she's reading this we will still be arguing about who was Mary and who was Jane, but none the less it was as vivid as the tale of being all grown up, busy executives. Even then I knew exactly what I wanted to be. When I wasn't playing with my sister I had all my teddy bears lined up in a row and I was education them because teaching has been my favourite play/past time/career since before I could even spell properly. Okay, so nothing changes and thank goodness for spell check and editors.

As I grew older my imagination grew with me, but it never went away and escaping to my other world has been a little more powerful that I might have ever imagined. That's my meditation! Unplanned, without sitting in a special place, lighting candles or shutting out noise ... I just go there!

Where?
Well that's the amazing part. You see yesterday was filled with a house packed with nephews, siblings, noise and mess. Everything I love but something I need to escape from without having the ability to leave and so my imagination saves me. It always has!

It's one thing to escape into the imagination (and we all now how powerful that is ... I hope!) but it's another to wish you had Dorothy's ruby red slippers and you could click your heals three times and go anywhere for a day. It's the same thing, isn't it? lol ... well anyway, I started that yesterday and woke up this morning with a determination to find me my own red slippers and get to where I wanna go.

I could almost here the chimes of the church bells as I woke up in Rome. I've been there in reality, but certainly not for long enough. There is a little market I have to revisit and another half dozen flavours of ice cream I have to savour. I didn't drink nearly enough water from the historic water pipes that flow freely for all to drink. My little red shoes would add the man of my dreams and a cloudless night where we would savour the sunset at the Trevi fountains.

My heart pounds with excitement as the romantic night flows into morning and there is one last shopping spree (for something Dolce and Gabbana no less) before we hold hands and rush to train that is heading for Venice. I've been there too but with not enough time and certainly too little money and time I can wait at the water taxi for my precious friend Pandora (and I'm throwing in a dream that she has the love of her life too) so that we can explore the majesty of Venice and shop without a care in the world.

Those shoes click me off to a few places I have dreamed of visiting too ... Like every corner of Ireland, just because it's the sexiest accent in the world and this girl loves Irish spunk. There's Chicago and New York City, there's a tropical beach or two but more importantly, there's a villa in Spain (or was that France?)

I have book signings here and a radio interview there. An auditorium filled with eager attendees who want a moment with Jodene of "project me". I am nervous every time I hear the muttering of hundreds of people waiting for the talk to begin, but then again I was just as nervous to teach 10 teddy bears or stand in front of real students or write my initial entries to the 'project me' blog. Sometimes I'm still nervous.

In Dorothy's shoes I have learned to do more than just imagine ... I have learned be and know that the timing might not be now, but it's on the path. The dreams of today place every brick that paves the yellow brick road to all that I know I want and desire.

And it flows ... I woke up hearing the church bells of Rome and I will go to sleep hearing the waves as they crash outside my beach house somewhere off the coast of paradise. My imagination is my meditation and my meditation is the centering, peace and awakening I need to wake up, be brave and create! Now as soon as I can I'm ditching Dorothy's shoes and getting me some Jimmy Choo's because this girl ain't never gonna stop clicking my heals.