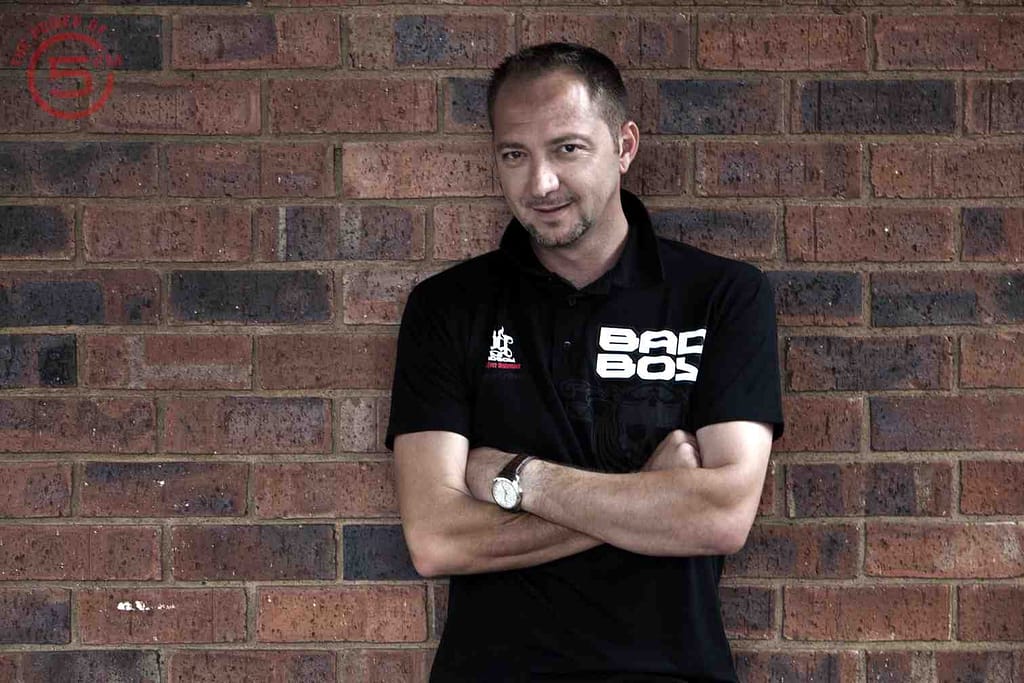 {In support of: Reach For A Dream} Sasha Martinengo tells his Project Me Story

5FM?s Sasha Martinengo is the station?s longest-standing DJs with a fan following that spans many different age and ethnic groups. Right now, Sasha is living his greatest dream in the industry that he has devoted his life to: ?5FM is unique. There is no other radio station in South Africa like it. It allows its DJs complete freedom of expression as well as the ability to develop themselves as individuals. I love it here and have done so since I started. I am very passionate about this station and about radio specifically.?

Sasha?s show has grown from strength to strength since its inception, with the added bonus of some extraordinary talent in the shape of Sasha?s on-air contributor and news reader Kim Schulze. ?From a professional point of view I have found a young star in Kim. She really has terrific potential and I am very happy to have her on the team.?

"I?ve coached tennis, worked in a bank and in Virgin Records. ??I even tried my hand at being an estate agent!" says Sasha of his days before radio. "A lot is said about DJs and how they get into radio. I was one of the lucky ones; my desire and passion to do this job outweighed anything else I was doing. I knocked on doors and eventually the door at 5FM opened for me. It has a lot to do with luck, and perhaps I am lucky sometimes."

Sasha was the first ever DJ in South Africa to have his own website and the first to have an email account for listeners to interact with him while he was on-air. A major force in the world of F1 in South Africa, Sasha also had his own F1 website back in the late 1990?s but the work load got too much so he now issues a daily F1 blog. They weren?t called ?blog?s? then, just ?newsletters??

In the ?00?s? (naughties), Sasha?s profile grew with that of the station, which saw him play gigs all over the world as a 5FM ambassador. Having travelled to many F1 GP?s, Sasha is a household name in South Africa on the subject of Formula 1 and has been the anchor for F1 on Supersport since 2002. His love of radio and music has seen him constantly improve the ratings of all of his shows on 5FM.

Sasha released a further edition of Sasha?s Essential Hit Picks compilation at the beginning of 2011: so far, the first three compilations have sold close to 100?000 copies, demonstrating that Sasha knows exactly what tracks his listeners want to hear when they are not listening to the radio.

What is your definition of happiness?
The 5 Minute board before a F1 Grand Prix

If you could have everyone say one thing to themselves every day, what would it be?
This is going to be the best day of my life

We all need someone to believe in us. Who is that person for you and why?
I believe in myself but I also rely on my family

What quality do you believe we can never be taught because it is our birth right?
Compassion and humility

Describe the moment when you realised that you could achieve anything?
Phew, I suppose my first ever radio show. I knew that I could do it professionaly

What have you always dreamed of being or doing and have you reached that dream?
I always wanted to present a TV show about Formula 1. I do that

When life gets in the way, what do you always remind yourself of?
It could always be worse

We all have something unique to offer the world, what is yours?
I offer a chance to smile on horrible days

How do you deal with the fears that could potentially hold you back?
I am perhaps not assertive enough so that is how I deal with fear

What do you believe we have lost sight of in the world as a whole?
The art of conversation and patience

Reach For A Dream?fulfils the dreams of children between the ages of 3 and 18 who have been diagnosed as having a life-threatening illness by a medical practitioner. We do not discriminate based on race, culture, financial status or any other factor.

Each child living with a life-threatening illness is given a chance to dream.

Reach For A Dream believes that no child should live without hope. Childhood can be the most magical phase of the human existence, filled with dreams, aspirations and most of all? fun!

For children who have been diagnosed as having a life-threatening illness, the magic of childhood may be lost in the emotional, physical and financial strain of dealing with their illness. Reach For A Dream tries to alleviate some of this strain (which often affects the whole family), by creating a different environment for the child ? one that is not focused on her/ his illness. We would like our children to find their laughter again and therein find the strength to live beyond their illnesses.

To donate to Reach For A Dream