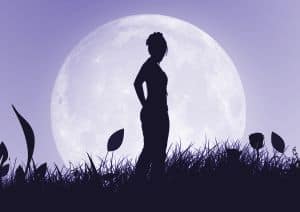 Is the moon really that powerful? - project me day 138

We move with the move ...body, mind and soul

Most people silently go about their business, moving under the radar from one day to the next and sneaking off to have a medium sized tattoo in a place that is well thought out. For countless reasons, I am not one of those people. I don't silently go about my business (a lot of that is relate to the fact that I was born under the jabber, jabber sign on Libra) and rather choose to write about my life for the whole world to see.

I don't fly under the radar and I didn't slip into the shadows to have a tattoo either. Oh, and according to the reactions of many unsuspecting (even though prepared and fully aware) the tat is so much bigger than expected.

That, my friends, is the first of many gifts that this masterpiece has given me, in less than 24 hours.

I have an archetype called the seeker, that in its neutral state searches for truth through wisdom and knowledge. If the seeker is lived with consciousness then anyone who has this archetype finds their own path, answers to truth and finds a place in the world that is usually unique and not within the norms or religious or spiritual beliefs (Oh, I'm so being teacher here ... and if you are fascinated then you should be doing one of our courses!!).
However ... in the shadow ... it can be a lost person, not really fitting in and working through a maze of spiritual and religious beliefs where none of them ever sit very well with the person.

I was the latter for many years and have literally done a little here and a lot more there of every form of religion and gone down countless alternative and spiritual paths. I always felt lost and alone ... in my family, amongst my friends and within my own world.

But then ...
I met an amazing teacher who started by teaching me the archetypes and ended up helping my discover why I was always so connected to the moon, the stars and a mysterious woman.
When I was a little girl I grew up in a bedroom where there was a box window that had a built in bench with loads of cushions on it. From as far back as I can remember, I was always staring up into the sky ... fixated on the moon and the stars. While kids wanted dolls, I wanted a telescope and even managed to save enough to buy one once, but then just as my seeker archetype would do ... I sold it later.
As for the mysterious woman ... well it seems there has always been a Goddess named Mary. My big sister can vouch for that ... at one point I wouldn't even respond to my real name!

The battle I had with my seeker archetype as a wild one that sent my ego into a frenzy as I slowly started to settle into the knowing that the moon and the Goddess was my truth. I managed to create havoc around the time of full moon and even tried to convince myself that focusing on the phases of the moon was evil and bad for me.

I didn't give a damn about my body, love or needing direction and somehow being lost was an easier space to choose. Well that's impossible to sustain forever and with perfect timing, magical teachers and the power of consciousness ... I discovered my connection with the moon and goddess.

I have wanted a tat from when I was about 18 and rationalised it away because only pretty, thin and sexy people had tattoos. I also pushed it by the way side because it is not very Jewish to have one and my dad would have not approved. Sadly, that is only an assumption, because I never took the time to give him the benefit of the doubt when he was alive. I am also not the same person I was then and most probably would have had his approval considering I'm not doing this from any?rebellious?energy.
If my dad were here, I would still be doing 'project me' and my tattoo would still have been on my list of gifts to give myself ... and that journey between us will always be a mystery.

I owe my blossoming of my body, my mind and my being to the connection I awoke between the moon and myself. It's been the basis of my journey of self discovery and the greatest tool I have used to stand in my own truth. Ephineah, the novel, is based on this very story and the seeker in me is no longer a wandered ... but very found in the arms of the goddess and the light of the moon.

I had to realise that I was sexy enough, brave enough and true enough to myself before I could get this tat ... and over the past few month, thanks to 'project me', my believe has solidified into knowing.
Yes ... the tat is huge ... but that is the first gift it gave me ... I AM THAT BOLD!!
Very often I become afraid of my dreams and the expectation I put on myself to succeed and touch the world ... my symbols of who I am are just a glance over my shoulder and yes ... I am that powerful!

Yes ... it's there until I get old and grey ... I AM THAT ETERNALLY YOUNG!!
I sometimes worry that I am going to wake up one day and think it's time to grow up and listen to the collective who insists that hard work creates success when I know that having fun does. A peak in the mirror while dashing through my day with childlike wonder will surely keep this ageing woman a little girl ... I am that powerful!

Yes ... that's one sexy tattoo ... I AM THAT SEXY TOO!!
I grew up as the ugly duckling and didn't think it was on my cards to experience that this time around. Behind secret fears I always worry that the weight will creep back on and that I will forget who I am. Just the knowing that the essence of sensuality and beauty is always with me, washes those fears away ... I am that powerful!

Day 138 of 'project me' and day 1 of being a tattooed girl was an extremely powerful and awakening one indeed. Pasted thick in nappy rash ointment, my tattoo bought on a flood of a few things ...
Emotion ... I ended up having a heart to heart with my best friend that shared truth, shame and fears that have been bottled up for ages. Interesting that it all came to the surface just as I take one of the boldest and bravest steps ever.
Pain ... I woke up with a splitting headache that I carried with me the entire day, until I couldn't go on much further and ended up leaving work early to sleep it off. Funny that it hit me right between the eyes where?consciousness resides.
Knowing ... the flood of responses crept up in sms's, emails, facebook comments and chat. Some loved it, and of course, some were not as impressed! The responses are not relevant ... but my own knowing is!
And lastly ... the greatest power the moon can have on a female body ... I am on the contraceptive pill and my body is regular. Then why in the name of goddess did I wake up to the beginning of my?menstrual?cycle a week and a half early? Cycles begin with the full moon ... rituals begin with the full moon ... celebrations begin with the full moon ... so why does my body not adjust to the full moon that began my new chapter in my life? ... It did!!!