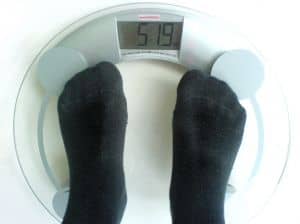 I get to pick and choose anything I want to share with the world. I decide if I want to tell all my friends or none at all. It's my call if I mention it in a 'project me' post or if I want to keep it to myself. It's not what I choose to share that is of relevance, but why I choose not to share it.

When it comes to my integrity in life, I always know that if I can't share it with Greggie then I am about to do something that I know I shouldn't be doing. It's been ?an incredible gift that I have given myself by using my choice of sharing as a benchmark for my own truth.

So, I'm drinking my comfort tea and surprisingly enough I'm completely content with what I am about to share with you. I watch my stats every single a day for the 'project me' blog and I am proud to say that last month I had 5000 unique visitors. That means that the chances of a total stranger to 'project me' is reading this blog. I've decide to say it anyway ... if I don't then I am harbouring shame about who I am and that isn't 'project me' at all.

Granted, it might not be the most humourous of blogs, but it is the most positive!

Here is a bit of the background as to how I end up sharing something with you that I never ever thought I would let you know.
I am so grateful for my sponsors and their support along the 'project me' journey is so appreciated. I always keep in touch with them and express my gratitude and yesterday was two weeks since I started the SlimLab tablets. I felt great and wanted to share it with Niel with a great amount of gratitude and enthusiasm . When I ?told him how great I felt he asked me how much I had lost in the two weeks and I told him that I don't believe in standing on the scale, but my jeans were certainly looser.
Niel hasn't just dropped a pile of pills in my hand and walked away. He has checked on me nearly every day and has kept on reminding me that he is here to help. His knowledge about food and exercise is?phenomenal?and he work completely in line with the Lifeology philosophy that you have to know yourself and your body and it has nothing to do with dieting. Sadly, the scale argument lasted an hour, but that is when I knew that his sponsorship goes beyond the call of duty. I would have given up on me about 15 minutes in.

Here are the facts. The scale lies. The scale scares the shit out of most of us. The scale can be the final thing that breaks the camel's back. The scale can become an obsession ... I hate the scale. Interestingly enough, so does Niel but he needs me to stand on it anyway. He's used to me crying during our conversations because we are dealing with one of the most sensitive issues in my life and one that I have been battling for far to many years.

What began as reluctance and frightened defensiveness ended as optimism and the chance to move forward for once and for all. His way of thinking convinced me that I wouldn't crumble into pieces if I knew what I weighed and he got me to see that the scale is merely a number just as there would be one in science. The number is a compass and when we look at those numbers over a period of time we will find the formula that works for my body. After that I won't need the compass anymore and we throw that scale right out the window. No one would be happier than Niel because he wants me to know my body well enough to not have to rely on the science of the scale.

Partly because of the sponsorship and because it's important that I honour it properly but more as a gift to myself, I have asked Niel to make one more thing possible to me: I have asked him to stick by my side and share my story of losing weight the right way. I told him that 'project me' needs to help anyone out there who has also created the scale as the enemy. He is going to teach me the science and I am going to share it with you, but before I can encourage anyone else to do it different, I want to go first. No, I am not forcing myself to and I don't have to share my weight with anyone, but if I don't then I am out of integrity with myself. If I hide the numbers or the journey of losing weight the 'right' way then it cannot begin with shame. After all, shame is the reason why the kilos pile on in the first place.

I'm as sick as a dog and was up all night coughing. My lower back muscles are so weak that coughing is a crisis for my body. It's like driving a car with shot shock absorbers. Yet, I got up this morning and went to the gym for my first weigh-in because I had promised myself I would.

Before I tell you the figures (excuse the pun) I have to proudly say that after I saw what I weight I didn't do the things I would have. I either would have started an immediate crash diet and thought carbs were the devil or I would have convinced myself that I would beginning a strict eating plan on Monday and I would have binged all weekend. I just carried on. I ate my yummy and although I was upset for most of the day, I did not have cravings or the desire to hurt myself by comfort eating.

So Monday I have a meeting with Niel and he is going to help me understand how to eat and then I am going to stand on the scale in two weeks time.

Question ... who the hell does this over Christmas?
Anyway ... I'm here, it's happening and I am about to break a pattern of shame that is bound to change my life forever.

Niel, I promised I wouldn't harp on the past, but I am going to look back one last time and then I am going to go to my starting block and live this journey in the only way I know how ... purposefully!
I used to weigh 122kg. I have never told anyone that except for Baba. I went down to 91kg and stayed their with a fluctuation here and there for quite a while. At the beginning of this year when I began 'project me' I went to the gym and weighed in at 93kg but was devastated that I had not lost more over the years. I made my weight an important part of this year because it doesn't make me happy and that is always my life's benchmark. Today I faced the reality that I am 10kg heavier than I thought I was.

I know ... I have been completely inactive since July and bed ridden for nearly 2 months of that time. Of course I ate because I was depressed and of course I am absolutely upset ... but it put me at the starting block and giving the world numbers because it is the science that sets the compass has most probably been the bravest thing I have EVER done in my life.

People already tell me how brave I am to blog my story but this is a new height of bravery because I have expressed the one thing that I am most ... no let me rephrase that ... the one thing that I would have been the most ashamed of. Now the facts are that my starting block has a big 103KG on it!

The point of this blog is to practice what I teach and it always begins with telling yourself the truth. I did that today an now I can move forward by putting myself first and knowing that I am that powerful.

Join me as 'project me' shares the journey of transformation that stems from the foundation of self worth and?shamelessness.

Nothing puts a damper on the Christmas countdown and with 14 days to go Tracy Lawrence sings All wrapped up in Christmas.