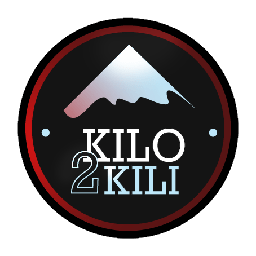 I know that as I tell my story more, I'm going to understand what I did differently with each passing phase, but the one thing that shouts out at me right now, is that I learned that I don't have to do everything on my own.

Well, that's the one lesson ... and I think I discovered that a while ago.

The other lesson, that I only began to truly believe in a few weeks ago (and that I so nearly gave up hope on) is that I can manifest EXACTLY what I want. Not an almost version or a sort of resemblance, which is what I know I've settled for in the past. Well, no wonder it hasn't worked! I first started to notice it when the work started to come in for exactly what Lifeology wanted to do. I chose fun above all else ... I wanted to make money having fun and doing only what I love. Wow, that's a tall order considering everyone says that abundance takes hard work.
It was when I realised that the hard work doesn't come from the hours of slog, but rather from the work it takes to not fall apart, give up on oneself or throw in the towel. There are no hours of putting my nose to the grindstone that could come close to what it took to not give up on me.

If I can do it in my career, I now know I can do it anywhere. The same rules will have to apply though, so I'm ready for the emotional work it's going to take to get there but I also know that I want to do it my way. By now, I'm hoping that you know my way is filled with fun, nothing artificial and nothing that pushes me to a place I don't want to be in. That's a tall order for the journey of losing weight.

Well, when the time is right, the people you need to support you just miraculously land on your doorstep. Yes ... I'm telling you that's how life works!
I've done diets. I've worked with?dietitians. I've done gyms. I've worked with personal trainers. But for the first time in my life I have finally found the person who speaks my language both physical and mentally. Joni Kowensky from Kilo2Kili has stepped into my life at a time when I know I'm finally ready to do whatever it takes to lose this weight, get fit and put an end to a long and tedious chapter of my life.

Admittedly, there were so many fears that lingered considering my past experiences, but one by one, Joni has offered me everything I already believe in or know I need. From the smallest thing to knowing that if I eat right I will get all the nutrition I need and won't need to rely on?supplemental, to explaining to me about liquids so that I don't have to shove water down my throat out of force.

As for my eating, well I'm loving it. I'm finally eating the right foods so that I'm not starving a few hours after breakfast or when it's bed time. It's a lot of green and white at the moment and everything is as natural as possible. So it's oats in the morning, tuna or chicken at lunch and dinner and brown rice or sweet potato. The only thing I had to adjust to is less dairy and you know the tea and cheese tart I was. But I'm being adventurous with all my meals, keeping clean and nicely flavoured with veggies and fresh herbs.

From the girl who isn't a fan of training at all and remembering that there are injuries everywhere ... this is where the fear sat most of all. When Joni told me that I had to cycle twice a week on a level 2 and 3 at a moderate pace for half an hour, I waited for the catch. None came. When I did my first training session with him and did 4 key exercises without hating the process, I waited for the catch and again, none came.
I am crazy about his process. I haven't trained in ages and my mind and body need to adjust, so it's working on the joints and getting back in the saddle (excuse the pun) and for the first time in my life ... I'm having fun in the gym!!

I've been doing #projectbody for as long as I can remember and if I dare read back in this blog, it's going to be riddled with start and stop attempts. There is one difference though ... each time before I was out there on my own and the process was governed by resentment and fear. Now I'm in a place of such pride in myself (for other areas of my life's successes) and I know that I don't have to endure any part of this journey alone. I don't have to guess if I'm eating right or fall apart when I push my body too hard and think it's the way it should be done.

I have a goal for this adventure and it involves a big birthday bash for my 40th! Yep ... that's 15 months away and about 35 kilos to go!