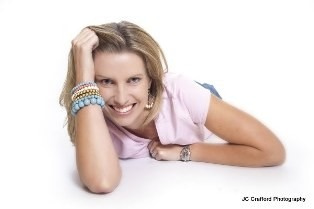 Johannesburg resident Kona Brown is a national finalist at the crowning event of Mrs United Nations Pageant on 1 ? 3 December 2011.

The uniqueness and importance of the Mrs United Nations Pageant lies in the fact that it is not a beauty pageant, but rather is designed for "real" women with a passion to add value to other people?s lives with the finalists being judged on the humanitarian work that they do for the community on an on-going basis.

She is judged and selected based on her family values and established family support and love. She is a spokeswoman, role model, and a recognized leader for married women all over the country and world.

Kona Brown entered the pageant on this basis, and is thrilled to have received the confirmation that she is now through to the final round, where Mrs United Nations SA will be chosen, to go and represent the country in the worldwide competition being held in November 2012 in the USA.

The local competition is part of an international pageant series and has been running in South Africa since 2001 with previous winners including Liesel Krause-Wiid (2005) and Nadine Blom (2006), both of whom went onto represent SA in the International Pageant during their reign. In its short 9 year participation thus far, South Africa has already produced 5 international winners.

Back in 2006, Kona was no stranger to the corporate boardroom, being a successful senior business analyst in the Banking Sector. Even during that time she was involved in charity work and various corporate social investment initiatives where she donated the little time she had spare to volunteering at Mother Theresa?s Hospice in Yeoville.

Leaving the corporate world to start her family at that time, she found such fulfilment being able to make this difference in the community so desperate for help she made the decision to continue volunteering her time, on this occasion at Rays of Hope, and in 2009 start volunteering 4 mornings a week. She has since become the project manager for their Child Headed Households Project. This project focuses on assisting orphaned and vulnerable children in Child Headed Households in the Alexandra Township. (www.raysofhope.co.za)

They currently have over 30 families in the project, assisting over 100 vulnerable children who have been orphaned by AIDS and who now have to take care of themselves and their siblings ? basically children raising and caring for children. Through a variety of initiatives the organisation aims to move the children out of the victim cycle and assist them in finding a more hopeful and better future.

Says Kona; ?When I left the corporate world almost 5 years ago I never dreamed that I?d be able to apply any of my skills in a non-profit organization. But it has changed the way I see my country and has deepened my love for South Africa and its people. There are so many opportunities to do good.?

She continues; ?Now as a finalist in the Mrs United Nation SA Competition, I hope to inspire other regular South Africans to get involved within their communities and to create greater awareness around the ever growing plight of child-headed households and orphaned and vulnerable children and the projects aimed at them.?
About Kona, courtesy of Artslink.co.za

Kona tells her project me story:

What is your definition of happiness?
?Being used for a purpose

If you could have everyone say one thing to themselves every day, what would it be?
Today I will have grace with myself and others

We all need someone to believe in us. Who is that person for you and why?
My husband and kids think I?m invincible. It might have something to do with iron-fistedly running a household where I am thoroughly outnumbered by the amount of testosterone. My husband has seen me at my best and at my worst and has always been the person who brings out the best in me and spurs me on to be a better version of myself.

What quality do you believe we can never be taught because it is our birth right?
Hopefulness

Describe the moment when you realised that you could achieve anything?
The day I started believing in The One greater than I, who is able to do more than I can ever ask for, hope or imagine.

What have you always dreamed of being or doing and have you reached that dream?
I?d love to be part of a UN humanitarian outreach or relief effort, especially somewhere on the African Continent.

When life gets in the way, what do you always remind yourself of?
To live and be present in the moment.

We all have something unique to offer the world, what is yours?
My relentless pursuit to better the lives of those less fortunate and my ability to inspire others to do the same

How do you deal with the fears that could potentially hold you back?
I spit at them! Quite literally.

What do you believe we have lost sight of in the world as a whole?
That we belong to each other.

Imisebe Yethemba (trading as Rays of Hope) is the community based outreach arm of?Rosebank Union Church. It is an independent Section-21 (non-profit) organization which manages a large number of social outreach projects with a particular focus on Alexandra Township, northern Johannesburg. Many of these projects have been initiated by Rays of Hope, but we are also actively involved in supporting activities of other NPOs, NGOs and CBOs which align with our vision and values.

We are ?hands on? in Alex and have developed close relationships with community leaders, the police, High Schools, the Alexandra clinic and the Department of Social Development in order to leverage appropriate assistance where it is available. Rose-Act was started in Alexandra in 1991 in an effort to enhance education in Alexandra.