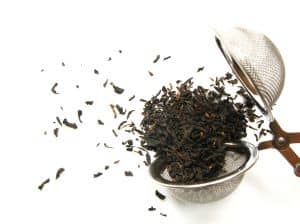 Over the past few days I have been lying in bed and running through my day while thinking: "Damn, I forgot to mention that in the blog!"

Trust me, there are a good number of things that I haven't mentioned at that are very important to how I feel, where I'm at and what's going on as I count down the final weeks of 2010.

Of course, I'm drinking my comfort cup of tea while I blog but I totally forgot to mention that since I started the SlimLab and decided to deal with my food issues in as normal a way as possible, I have been having a cup of cocoa at night. Yes, Greggie felt as though he didn't know me at all either. Nights are chaos for me because that is usually when I eat the most so I decided to make a plan and have something yummy but known to be a nice substitute.

Unbelievably, I haven't had any cravings. That's the next thing I forgot to tell you. Did I not mention that there is chaos in the planets right now. Uranus, Mars and ... um, I think Pluto are all doing crazy things that totally bring up issues of frustration and anger. That's queen of eating shocking time for me and I've been cool as a cucumber without only eating cucumbers like a sad soul.
Niel from SlimLab keeps checking in on me and making sure he's there to support me and answer any questions I might have. Whenever I tell him that I feel great and don't have cravings he says: "I know!" 😉

I also forgot to mention that kitty, my mom, my sister and all the nephews plus me have been a little sicker than we thought. When we rescued kitty from Kitty haven I don't think anyone realised just how sick she was. Can you believe that she got a human strand of ringworm (which is far worse than ringworm from pets) and then kitty gave it to us. Every time I have remembered that I forgot to mention it I wonder if I have deliberately forgotten because it's so gross ... like really gross! Don't panic ... I'm not?contagious?anymore and the spots are all fading. Kitty has been half shaved and has to go back for 2 more treatments but the nephews still have some getting better to do. As for mother, well she was sent off for blood tests and the whole thing and got it really bad ... of course she did ... tee hee!

I have also completely forgotten to mention that it looks as though my sister and her fiance are moving out. That means that I could finally have my own private spot in the house. Actually it's a little flat. Not that I'm chasing my sister out or anything, but it would be so great to have a little girlie space to prance around naked and who knows ... maybe have a friend or two ... nah, just one friend over for a night or two!

Damn ... now I can't think of the other stuff! Oh well, here's a bit of what went on today:

Can I say that today was an absolute turning point for me? It was a woo hoo 'project me' day because I can feel how strong my body is getting. I drove all by myself to have breakfast with The Jock. I can happily say that I have 'project me-d' this friendship into surviving and being what it is today. It's been a roller coaster ride for so long and now it's a settled space where two people will always care about each other and we can just 'be'! Let's not kid ... he still gives me the hardest time but I've done so much shifting that I have learned to listen, smile and appreciate that he's showing he cares. As they say in the classics: "It's all good!"

I didn't speak to Shaman at all today. We did a few Facebook pokes but I have to admit that I have missed the sms'ing. I hate this calculated space where we try work out whose turn it is to send the message or make the move. Admittedly, I'm battling to go with the flow ... sigh.

Not only did I drive to breakfast and back. After doing some work where I was as close to comfortable while writing as I have been in ages, I got back in the car and drove to the shops. I did my shopping and then did something totally huge ... I climbed in the elevator by myself because I knew that not facing the fear of those damn things would only damage my back if I carried parcels. At least there was a guy in there with his groceries too and I survived. I packed the groceries into the care like a fully capable person and drove home only to have enough energy to make dinner for my mom.

I can't believe how much I loved today and just how far I can see that I have come in the past few months. I get the feeling that I am going to be doing some positive reflecting on 2010 and might even take a trip down memory lane by reading a few 'project me' posts.

22 days until Christmas and some of the songs are more about the artists than the songs. Carrie Underwood singing Oh Holy Night is the perfect example 😉