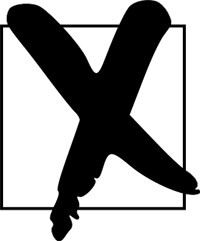 My plans was the get the vote done and then blog tonight after all was done and dusted and I could share my experience, but the truth is ... I need to sober up before voting.
It's not my fault. We were invited to some very dear friends for lunch and they had a treat on the menu ... duck and cherry pie (without the pie). In the time that I was being born and learning to grasp the concepts of crawling and walking, there was a famous restaurant in downtown Johannesburg (in about 1975) called Gatrile sons and Co. Of course I had never heard of it, but I know my dad would have. Lunch was the original recipe and wine was flowing with a very heavy handed host and me happily drinking away seeing as though Greggie would be driving home.

Not once, while sipping on wine and savouring a recipe that my father would have known very well, did I think that I would have to drive to a poling station a few hours later.

So, we were cooked this treated by one of the original owners of this legendary restaurant. And if you don't believe me, here's an old article I found on the net: Gartile Cigar Page.

No one in my family eats duck but me. Okay, that's only because dad isn't around. I've had a lot of that with the build up to the elections ... thinking about my dad not being around.

I haven't cried about him in ages and even let #D500 pass without getting overly emotional that he was not around to see the birth of or success of me as a writer and blogger.

I don't know why I associated voting with my father with such extreme emotion, but for some reason I stood in the shower and sobbed this morning. I never actually ever voted with him because he went just before poles closed and I always dragged my butt there early in the morning. We used to stand and queue for hours and he would tell us how he breezed in and out.

My dad taught us the power of voting and had something very patriotic about the very nature of our being. I remember my very first voting experience only because he drummed into us how important it was to keep our votes to ourselves because of the right we had to vote for our own reason.

I don't remember anything about the elections that Mandela won beside landing in Johannesburg after a trip to London with my oldest sister. We had traveled London to find a piece for my father's vintage E-Type Jaguar and she had forgotten it in the Heathrow airport. She was so upset and angry with herself that the air hostess?separated?us for the duration of the flight. All I remember is my father laughing ... and somewhere along the line I voted.

We shared the love for duck, the belief that your mark could tip the scales and the belief that days like today won't be remembered for the vote, but for something significant that happened. I will remember this day because it's the first time I'm voting alone with my mother ... at night! I bet I'm going to get there and it's going to be a quite as he said it always was ... because my dad had a way of always being right, except when it counted most 😉