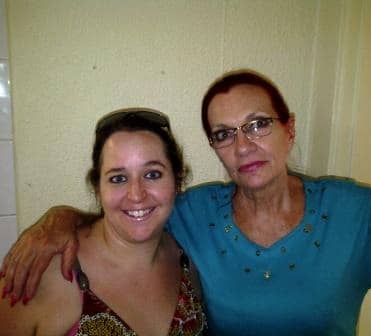 It's moments like these, when I reflect back on a week filled with proudly South African moments that I think most about my far away friends. I think of my blogging sisters around the world, Nikki, Traci, Dawn and so many others. I wonder what they think of when they ready about my love for my country and mostly, my home town.

My bio used to say 'born and bred Jozi" girl until I was advised to change it. Sometimes I understand why and other times I regret not having that define me. I love being a Joburg girl that much and if ever there were a week I would wish my friends around the world could share with me, it would be this one just past.

I won't kid, it wouldn't have harmed having them around to help pack, unpack and calm the waters because moves are never fun and for some reason I felt very alone in anyone understanding what another move in my life meant to me.

Between all the box packing and unpacking, they would have shared three moments with me that epitomise why I adore Joburg the way I do.

One is culture, the other the passion and the third is the fun.?They would have climbed into my world and visited the village of a Joburg boy who left a legacy that touched the world. They would have met my gorgeous friends, who are the heart of Jozi for me anyway, and shared in the makeover fun at one of Jozi's hot spots. Lastly and to end a whirlwind tour of my home town, they would have been just in time for the highlight of Jozi's theatre events that rings in the countdown to the end of the year.

Gail Johnson, Nkosi's mother in nearly every sense of the word, keeps his legacy alive.

I am beyond proud that Lifeology has been appointed as the social media strategists for such an incredible project. Over the next few months I will be sharing the story of Nkosi Johnson, who was an HIV positive little boy with a very big dream. He wondered what happened to all the other children and mothers with HIV. Not only did he wonder, he wanted his 'mother', who took care of him like her own after him biological mother passed away from aids, to help him help others. Gail and Nkosi fought the school system until they made impact and he was the first infected child to be accepted into school. This little boy, wasn't little at all. He was might and his legacy continues on, with Gail at the forefront. It was a joy to visit the village last week and finally have the honour of meeting Gail and taking a walk though the second of many properties that all began as Nkosi's Haven in Gail's own home.
My friends would be so proud ... it all started in Jozi!

I can see my friends from across the world fitting right in with those who all began as Twits and have blossomed into genuine, special and dependable friends. Another proud moment for me the Bobbi Brown trust in their brand and my blog. Secretly, well, not so secret, I haven't been connected to the direction of the blog of late. Unbelievably, I have never received more compliments, comments and thanks for blogging so honestly. It's amazing that, while have cheeks rouged by one of the finest makeup products in the world, at Melrose Arch, which happens to be one of the hottest spots to hang out in Jozi and being surrounded by giggles and Twitter scandal that us girls love to share, that I could be reminded of just how purposeful I am right now. We all need that. We all need to be reminded of our efforts in even the smallest way and I haven't been able to give it to myself ... so I'm shamelessly clinging to other's compliments and applying my perfectly pink Bobbi Brown lipstick often.
Wow, Nikki, Traci and Dawny ... you would have loved that day!

And after that ... I would have had anything to have them help me deal with the absolute chaos that was the move to the new house. For some reason we didn't get the support we thought we would have and it took its toll. Every muscle in our bodies ached by Sunday midday and Pat and I fell fast asleep holding hands on couch (okay, I dropped that in because it was just too cute) ... but by the middle of the day we had to scrub off the dirt that comes with moving, put on our best and paint on smiles ... because it was panto time in Jozi.

The amazing, world class, cast of this year's pantomime, Cinderella at the Joburg Theatre

Greggie and his family introduced me to the yearly tradition of the pantomime, which only takes place in my home town, Joburg. The build up has been thrilling for me, thanks to the social media journey I have taken with both the Joburg Theatre and BankservAfrica, one of the companies who have sponsored the panto for the next two years.

My dearest friends, you would have been swept away by the breathtaking, magical production by Janice Honeyman. Greggie said something so important after the show, that had me laughing, crying and singing along. He pointed out how the panto is in the blood of everyone in Jozi and we knew when to interact with the cast, when to sing along and when to boo the very ugly sisters (the amazing talent of Tobie Cronje and Robert Whitehead).

I have met so many of the cast and beamed with pride at the joy they are going to bring to so many hearts, young and old ... and then Carmen Pretorius sang and outshone some voices I have seen collect Grammy's. Wow, just wow!

I wish I could share the whole story line with you, but it would take another 100o words and I would have to explain so much of that production, that is born from being South African.

I've had a crap day. I'm sure it's because moves are naturally traumatic, but I feel that I haven't had a moment to myself. I think it's going to be like that for a while, but the whole day I've been doing one thing ... thinking of a sparkling princess chariot flying across a stage and the tear I shed in pride of being a part of the tradition of panto!

Michael Rubenstein from BankservAfrica. The brand that believes in the limitless power of the arts and all that is Joburg Theatre

Anna-Mart van der Merwe, Jaco van Renseburg, Malcolm Terrey, Stephen Jubber, Sibu Radebe and the rest of the cast and crew of Cinderella, I wish you a season filled with laughter, sing-a-longs and standing ovations.

If only my friends where here to see my town now!