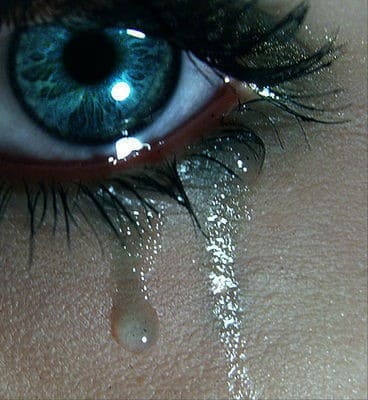 It must be amazing to be in your late 30's and to find our old diaries that you wrote when you were a teenage. I'm sure the laughs would be many and a part of me wishes that I still had those diaries to reflect back on. It's totally different when you flip back to 365 days ago and it's almost a cut and paste day. I kid you not!

Where do tears come from? was my blog post a year ago today and I'm tempted to stop blogging right now for fear of even having to deal with the chaos I've managed to cause over the last few days.

In a nutshell ... I've fallen to pieces!

I found dozens of reasons to hate the trip to Cape Town and most of them were pure frustrations about not being able to do what I set out to do ... all because of a sore back and a crappy internet connection. After a nasty pow-wow with Greggie last night I finally decided that tears were in order. For some reason I always manage to act tough and make a hundred excuses for my irrational behaviour until I finally burst out crying and the real issues come rolling off my tongue ... or down my cheek.

It's simple! I'm feeling totally?inadequate?at the moment and because of that the victim in me feels as though everyone and everything is turning on me. Well there goes the laws of attraction because now everything really is turning on me and ... well now there's drama!

So I was sobbing 365 days ago and I'm sobbing again. Incredibly, one of the reasons I was sobbing all those days ago decided to rear it's head and say 'hi!'
Some of you will have been around for Mr Wow and others are about to be introduced to him. At the soccer world cup opening game I sat next to a guy 12 years younger than me and it was literally love at first sight. We both felt it. Everyone round us felt it. It was a whirlwind of emotion and I was backing off because of the ago. Of course, My Wow was totally loving the age thing and he finally got me settled into being okay with it. The connection was incredible and so I gave in to it all ... only for his friends to give him enough reasons (and mockery) for him to back off. I started to fight for him and we both had our moment of total heartbreak, but when I realised that his age was causing the problem I let it go. I left a part of me with Mr Wow, but eventually deleted him out of my life (that means Facebook) and erased all his numbers.
You know when you get the Whatsapp and you have to ask who it is because you don't have the number? While you're waiting for a response where does your head go ... well mine went to every man (I had that hunch) that has been around for the last few years, but it never went to Mr Wow! When he said it was him my heart skipped a beat. He was the reason I was crying a year ago today and he's one of the reasons I went to bed sobbing into my pillow last night. Granted, finances and lack of business opportunities does overshadow him, but I recall some of those tears being shed about work a year ago too.

If one more person tells us that it takes two years to see the success I'm going to ... um ... I'm just going to!! We don't have another two years and that's scaring the living daylights out of me.
If one more person tells me that whoever gets me will be so lucky I'm going to ... um ... it's not pretty! I had someone who told me just how lucky he was to have me. I could see it, feel it, touch it, taste it and in a flash it was gone. So don't tell me about the next one when I'm still not understanding what happened with the last one. Granted, there were men after him but that experience made me realise that I could have it all ... and for a moment I felt as though I did!

Tomorrow is weigh-in day for 'project body' and I'm feeling like it couldn't come at a worse time. I know I've picked up a lot of weight since my back injury and I'm worried that if I was crying last night and today ... I'm going to crumble tomorrow morning at 7:30am. I also comfort eat and I have?committed?to learning to overcome that. NOW? Now when I feel as though my whole world is upside down and feeling as though I haven't moved forward in 365 days!!

PS ... if there is any guy out there who can tell me why you would make contact a year later and say that you were thinking of all the amazing times because it's a year since the soccer. Is that just to toss a girl's world? Does it mean anything at all? Is there compliment in that? Is there hope? Is there ...

Note to self: Today was an incredible day for Lifeology chick!