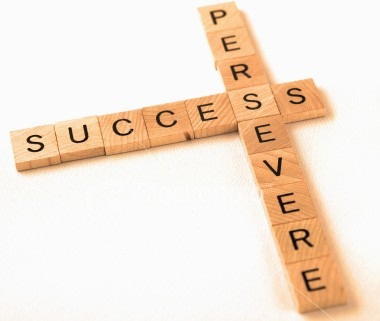 No price for perseverance - project me day 802

My mom owned a beauty school for most of my childhood and as I grew older, didn't know what I wanted to do when I grew up and admired my mom for being such a motivated career woman, I ended up following in her footsteps and working for her for years.

I worked my way up to deputy principal of the school and every year we had a huge graduation for the students, after their two years of hard work. It was a big deal with awards, trophies and diplomas. Every year we would add another trophy and dedicate it to different?people. My dad was fundamental in so much of the school's day to day activities and his catering passion made the grad so spectacular, hence the year came that we created the Max Shaer award.
My dad was so many things but determined was most probably his one quality that shone through no matter what. Even if things were falling apart around him, he would keep on going by some internal willpower that none of us ever understood. We knew that about him and the joke was about the perseverance that just kept him going and going.

We always had that one student. The one who did their best but never really grasped the passion or talent for their chosen profession, yet they never gave up. That one student who we knew wouldn't be a beauty therapist for long, but they were there every day doing the best they could. There never seemed to be a trophy for that student, until we decided that it was time to honour my dad at the same time ... and the trophy for perseverance was born.

Each year there was great cheer for that student that had given it their all for the longest time and stood there with a certificate of beauty therapy in their hands.

I think about my dad often and have been spending so much time chatting to part of him that I know is always by my side. The chats are always more like me convincing me that we are so close to the tipping point of success and the word 'perseverance' seems to be pounding into my head with every heart beat.

Sometimes the pounding turns to anxiety and other times its euphoria, but either way I can feel myself being driven by pure perseverance every single day. The meetings are lined up daily and the contacts are going in numbers so quickly. We are pitching and we are chatting. We are describing our offering, showing our offering and demonstrating our offering and at the end of each day we feel that it's all so close.

That's the most?frustrating?part ... knowing that the tipping point is so close. Knowing that hard work will pay of in the end and that all the recognition in the world will turn itself to financial prosperity. Understanding that when self help books say you reap the financial benefit for doing what you love, that they left out the part about it not happening overnight. Knowing that no matter how hard you think you have worked, you know that you have more of it in you. Knowing that there's that trophy waiting for you at the end of the day for all the hours of passion, commitment and tears that went into living your dreams.

Knowing that just when you think you've given it all you've got ... there's that quality called perseverance that drives you a little further.

2 comments on “No price for perseverance - project me day 802”