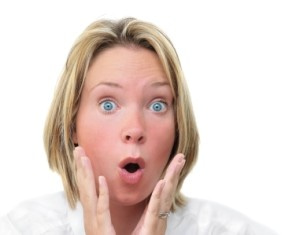 Amidst all the boxes and drama that goes along with a move, there is also the constant push to make the business the success that I know it is going to be. And so the day was spent laced with a lot of personal distress that I slowly had to work through before a big business dinner.

Here's the story in a nutshell. I need a bed. There is no cash flow at the moment to just pop out and buy one and now I have had to take the fridge that I gave my little sis and her hubby (to keep) and sell it.
Project me is extremely trying when it comes to putting myself first and showing the world that it does always have to be about 'me'. It's tough to stick within integrity and do what's best for you while making sure that you don't break promises you made. It was hard to convince myself that I had lent the fridge until I needed it ... and I do.

When I was younger I used to have asthma attacks when I was stressed. Over the years it settled, but when I am very stressed I have these coughing spells. Over the years that I grew more into handling life and taking responsibility for every situation I find myself in, the coughing has almost vanished. I can count on my hand the number of times it's happened in a good couple of years. Then all of a sudden it's 3 fits in about a week. So, I really am that stressed and scared.

Isn't it ironic then, that the business dinner swung open opportunities that I didn't expect in my wildest dreams. It's going exactly according to plan but certainly not in the way I had thought. It's tough to explain because we only the first step into negotiations and my business mind is boggled. At this point I have to say that according to my numerology, I work much better in a partnership, but then numbers don't need to tell me that. I just needed to glance to my right and see Greg sitting beside me and I knew I was in the best company.
Believe it or not, I still have little girl issues. For some reason I keep thinking that he's going to 'shout' at me after a meeting. It's so bad that he said he even noticed I got in the car with a little?apprehension. I'm still trying to figure it out myself and it has nothing to do with Greg. Somewhere along the line I picked up the notion that I'm not equipped to make business deals. That's pathetic ... I know!

So, the plans are underway and it's all about Organic Orgasm and being the name and face behind an incredible group of ladies who will host events, parties and functions. Of course we hit a wall when trying to get an ad into the local newspaper because the word 'orgasm' is still so?inappropriate, the first step is to tone the name down without losing it ... hence, Organic O! I'm so excited and can ... 'O'!!

One little step will unfold at a time and I think the weeks ahead are going to be very exciting. It does come at a time when money has become a major issue and I'm trying not to slip into the collective question of 'what am I doing wrong?' If this meeting is anything to go by, I'm doing nothing wrong at all and sometimes money isn't the benchmark of success at all.