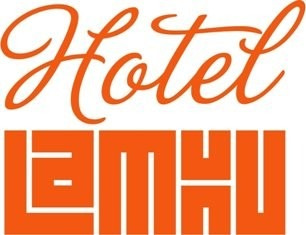 Well, where does such a happy girl begin to tell my story of a night that I don't think I even dreamed of. Less than a handful of times I have flipped back to a blog entry in the past and been pleasantly surprised at how far I have come, but in the months or years to come, when I read about my Thursday 7th April, 2011 and I say that it was the day I became a party girl.
I have my 20 year high school reunion in September and I have been dreading it for 20 years, now all of a sudden I can't wait. There's been loads of joking around that I still need to rent a date, but for the rest, I'm so proud that this nerdy girl with glasses and braces has blossomed into the confident and 'O' girl that I was last night.

While my team of Organic O ladies were doing their thing in Cape Town at Boston T for the launch of the club, I was at my first Thursday Club giving away an exciting prize to a lucky lady.

It's been interesting for my personality to have the utmost of faith in the ladies who are all the way down in Cape Town and representing Lifeology's product. Yet at the same time, it's never been easier to trust at the same time. It must be a huge struggle to wake up one day and have a new boss with a whole different plan and direction to what has been going on in their lives. We magically pulled off being ready for that event, even though my personality did feel a little frazzled by the time I had to get dressed and ready for the Thursday club.

There is something to be said for the brilliant man behind this particular Thursday club concept. It does go without saying that he is one of my dear friends, but I'm not being bias, I promise ... okay, maybe a little. I love that he throws us out into the wonderment of Johannesburg and had us make our way to the center of Braamfontein. Now for anyone who lives in Jozi, you will do a little 'gulp' or 'eye roll' at the thought of going to a part of town that has been considered dodgy for a long time. That didn't stop Greggie, Twinkletoes, Hustler Girl and me from jumping in the car and heading out into the depths of the 'new' Braamfortein.

To say I was pleasantly surprised was an understatement and arriving at The Hotel Lamunu where even the security guard gave us some history of the hotel. It's gorgeous! There I was in a hidden treasure with a Lifeology prize to give away and frozen margarita in my hand. What more could I ask for?

I don't need to flip a few days back in this blog to see how life can turn around in the blink of an eye. I just hope that I'm never asked on the Ellen show how I did it ... I will have to honestly say "just keep swimming". There's nothing profound and nothing very?spectacular?that would create a new self help book on how to succeed. It's seriously just clinging to your dreams for dear life, believing in yourself with everything you have and crying whenever you damn well feel like it.

I'm patiently waiting to hear from my ladies in Cape Town, but from the Facebook status's at about 3am, I think that might take a while. I have already received an email this morning, offering me a venue to do an Organic O talk and last night Hotel Lamunu generously offered me their incredible space to host a party ... get those diaries out, there's lots going down!!

Of course, amongst it all is the everyday personal stuff and mine is filled with lots of mixed emotions. Last night I had a friend not show at the function, which left me a little?disillusioned?and trying hard not to tell myself that all men are the same. On the other hand, we ended up meeting the most fabulous crowd of people and within moments Blackberry pins were being swapped, Facebook friends made and dinners being planned.

After the function I arrived home to a new member of the family. Mommy had snuck out and found a little brother for Saphirah. He is a beautiful kitty who we have named Eragon. The only problem is that Saphirah currently hates his guts. My mothering nature battled though the night knowing that Eragon was spread out on the bed, purring away and feeling very lucky to have been saved from a kitty home. I thought Saphirah (who was also saved from a home) would have settled down but she didn't eat or drink and spent the whole night on the cold window ledge. Let's hope that the friendship blossoms because wow, it ain't much fun right now.

Tonight is a very exciting Lifeology meeting at our new home. We are looking into the future of Organic O and I can't wait. On the other hand, today would have been my dad's 70th birthday and I'm hoping that my sisters and brother understand the support my mom is to me and why we can't all have dinner as a family tonight. I can only speak for my relationship with my dad and I know he couldn't think of a better way for me to honour his memory.