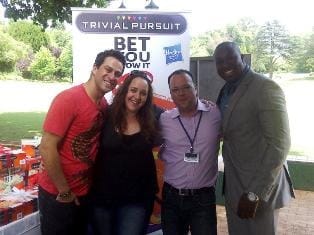 I have blogged every single day for nearly two years. I intend to blog until I at least reach day 1000. That's sure to bring reward! I didn't set out to blog for reward, but I did set out to blog for my own personal insight into my life and to show the world that living your purpose is very possible.

It is ... all you have to do is know the difference between feeling purposeful and achieving goals. I'm not much of a goals person but I wake up ever day of my life fueled by purpose. That's why this blog post is both one of the most rewarding and scary all at the same time.

I remember the day I stumbled across the word 'social influencer, and ensured I secured the domain before the sun had set. I remember deciding that it was a new part of my journey that started as a blogger and was changing course, with the same purpose but different adventures. Someone with influence has a voice and once I realised that, I sat back and waited for my new purpose to be awakened.

Friday morning was it!
When I stood?among?a crowd of invited guests and was included in the 'media and social influencers', I can honestly say it was one of my greatest manifestations and achievements that have come out of 2011. And where was I? At the launch of the new version of that old, familiar game, 'Trivial Pursuit'.

Emmanuel Castis and I became friends because of the power of a Tweet and the purpose of a blog.

The invite said, "bring a guest" and who else but my friend and SA talent, Emmanuel Castis, to team up with and test the cranky old part of the brain that stores all that general knowledge.

Who remembers the old version? It amazing, I did a little exercise and searched who was playing Trivial Pursuit over the last few days, and I can't believe the active Twitter stream. People from all around the world in every language and playing with everyone from mothers to nephews, is still loving the game that tests your general knowledge.

I was very happy to announce, in a Tweet, to the world, that my general knowledge sucks ... but then I had my 'project me' moment.

Being a guest at the launch of the game and the super smart organisers from Twiga Communications having put us media/social influencers up against the MENSA people (the smarty-pants), I felt the pangs of not feeling too smart start to hover over me. It was one of the most fun days I have had along my journey and I fell in love with the new concept of the game and soon forgot about how smart I was because we had a game to win and a charity to give the winning cheque to. Each team played for their charity, either?Chubby Chums and NET HIV Orphanage. We were lucky enough to play with James from Chubby Chums and he was so sweet that the bet for each person nearly every time.

What do I mean bet?

And then you meet amazing, inspirational & passionate people like @MelindaSMACKED ... who won the Trivial Pursuit trophy for the media/social influencers team

Oh, that's the awesome new twist to 'Trivial Pursuit, Bet You Know It". The cards are different, with a topic first chosen and THEN a category within that topic. Wow, just loved that! But the most exciting part is that you can now bet whether your fellow players are going to get the answer wrong or right. There is a limit to the amount you can bet and my esteem was grateful for that, because Emmanuel took great joy in betting the maximum, that I would get the answer WRONG! Such a pity we were both on the 'influencers' side for the charity playoff.

So, we each got a game as a gift and this girl was playing the game ASAP!
Quickly whipping together a small crowd of friends and watching Pat and Greggie start out being very put out that you can win chips and then eventually buy pies to gain victory, was just the way I wanted the game to start. I love my crowd of friends, there is something so ethical about us that we truly had a hard time buying pies. On the other hand, the game became a little like poker and everyone was clinging to their chips for no apparent reason.

I WON!!! And that's my 'project me' moment! The game to hours, which was super fun, but I didn't buy one pie and I seriously one. If you've been reading my blog lately, you know that I've been dealing with some childhood issues of not being smart or responsible enough and there is nothing like a good dose of Trivial Pursuit and the test of ones knowledge to give the ego a boost.

All of a sudden I'm so excited for the summer holidays. I'm not as nervous to meet Pat's kids and take them on holiday and I'm not as concerned that I will find myself working most of the time, when my body really wants a rest. There's no running out of number of times you can play this game, so if you're trying to figure out what to fill that Christmas stocking with ... I'd say Trivial Pursuit is the best bet!

A big thank you to Twiga Communications for a brilliant launch and for seeing the value in the social influencer, Hasbro for your genius in the concept of the new game and Prima Toys for the magical day and keeping us having fun, no matter how old we are.