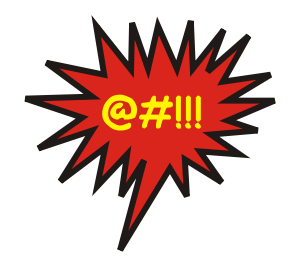 Don't panic! I don't have it in me to be some crazed revengeful chick despite how dramatic the title of this might be.

I'm so off Facebook and literally go on to check who has a birthday and chat to my one dear blogging friend, Nikki. Despite that an odd status might appear from me. It was chatting time and I saw the status update that pushed me over the edge. The one from Mr Big, who I haven't heard from since his surprise email about a month ago. At that stage I was very single and he was telling me how one day I would meet the right person. Do they mean it when they say it?

Mr Unexpected was sitting next to me and working ... and I truly am falling a little more in love each day ... so the time was perfect. I have contemplated deleting Mr Big for months now, but for some reason I also wanted him to stay around. Not because of any glimmer of hope but because I knew I was on the brink of great things and I've never quite gotten over the bitterness of 'friends with benefits' and why we are so not suited (was is something about not being a size 34 ... or 32 I think it was)!!

I can't lie ... it hurt like hell and I guess I didn't realise how much I needed to put it all down until I saw his status update yesterday. How to have that 'revenge' moment but stay within integrity is a fine line ... so I sent a very simple email!

I don't care how he felt or if he even cared or not, but my wounded spirit needed to do that! Whether my reasons for sending the mail where in a shattered esteem or not ... It took a few tons off the chip on my shoulder. Yes ... I have one of those!

This morning, after a confusion about the gym session I was supposed to have, I had to mission all the way home in traffic to make a meeting back near the gym in just over an hour. Not one part of me was angry or frustrated. That got me thinking before I had my Body Mind Healing session with Juliette this afternoon. I never get angry!! I never get raging or frustrated.
At this point I'm sure Mr Unexpected would do that *clears the throat* thing ... but then I realised that the only thing I really get angry at is other people who get angry. Surely there's a place to get angry? It's allowed ... so why do I not allow myself or anyone else around me to get really, really pissed off?

I even started the post with totally playing down the possibility for me to be revengeful ... but I have every right to be pissed off!