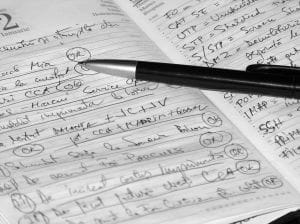 I had a?particularly off day. It was a combination of different frustrations. Some emotional, some financial, some logistical and some spiritual. Yet, as I checked the clock, I kept getting a fair amount done.

I let my mind flow over all the things I had to do and stuck to the ones that didn't take making phone calls or writing with too much emotion. Both of those were a little too draining for a day that was laced with uncertainty that all stemmed from poor communication on other people's parts. That's not a statement that lays blame on anyone because every situation turns back to me and what I intend to do about it anyway. Maybe the contemplating on how to handle each situation made my mental to-do list shuffle the things into the order that they fell.

I can confirm that I spent most of my hours fighting with supplier, threatening other suppliers, letting special people off the hook, forcing others to communicate and commit and learning to keep my big mouth shut. Yet, the work carried on.

Then, out of the blue, I got a private message into my Twitter account. It was from a stranger who follows me, but I don't seem to be following her in return. It read "Hi Jodene, just out of interest, do you keep a daily to-do list?" If that was an automated message then it was a very odd one. If it was a personal message then it was equally odd. Either way, I lived by my principles of good social networking and responded with the following reply.

"Hi! I don't but have the occasional meeting with my business partner. The rest is all on a very functional list in my head, if that counts? ;-)"

That's an incredible change for me. It's a huge benchmark for how much change this journey of "project me" has bought about in my life. It's not to say that to-do lists are evil or don't have their place but it shows me how my mind has settled down enough to remember important things.
Years ago I did a course with an incredibly brash teacher who used shock statements and way out negative observations as a way of liberating her students into truth. At some moments I hated her, but later I realised her tactic. One of the ways she used to nail the workaholics to the wall was to explain how you only need a to do list when your brain is so filled with crap that it can't focus one what needs to be done. At that time I was making to-do lists to remember which to-do list to do.

In the time that I've owned Lifeology I can remember manic to-do lists and having one in writing and one on my laptop. There are excel spread sheets as well as other lists in the outlook calendar. I can't even pinpoint when it stopped, but it has. Out of the blue, an odd question (that was never responsed to by the Twitterer, by the way) sparked a great reason to be extremely proud of my progress.

If you ask a friend, family member or colleague how often they ask me if I have done something and the answer is 'no', it will be very seldom. Usually the things that I don't get around to are still on the mind but it's issues of fear or truth that i have to grapple with first. For all the rest, the work is done. The correct groceries are purchased. Actually, the events for the upcoming weeks are programmed up there too.

The irony is that the very to-do list and calendar that are all stored up in my head is the thing that is frustrating and exciting me?simultaneously.
How human is that? Don't wish for it because then what happens when you get it? All of a sudden the next few weeks are so busy and it's all opportunity do what I love, make money, be happy and thrive.

The only thing is ... it's also the one time I'm moving house, need to pack, want to spend alone time with someone special and have finally fallen into a routine of daily gym.