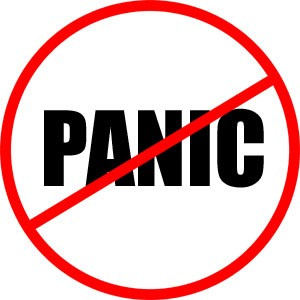 Last night I thought I was having either a stroke or a heart attack! Nope, that's not me being my dramatic self!

I have a confession to make! I've been relieved that I haven't had to blog daily, because I just wouldn't have had the know how to share what's been going ?in my life of late.
The upside of what's going on is always easy to talk about and when I was single it was much easier to say whatever I liked, but life's not like that anymore. I have a life partner to consider now and finding the balance of respecting our relationship and?committing?to share my life story is SO much harder than I thought.

I think I've been laying low for about two months now, not only with blogging (which we know is so therapeutic) but also dealing with my emotions. You see, it's tough enough when one half of a relationship is getting their business of the ground and not knowing when the next job is going to come from or who is going to have money to pay for groceries that week. Sometimes neither has money ... but we both have a dream. I never thought that it would be so challenging to start my business and I'm already a few years ahead of Pat, so to say that times have been emotionally tough is an understatement.

Nothing tests a relationship like money issues! That's one lesson I've truly had to learn the hard way. The very hard and scary way ... and last night I realised that I had to do something different or my heart was literally going to break.

At first I thought it was indigestion. Pat went to get me milk after trying to sleep for about half an hour. The milk worked for maybe a moment (long enough for Pat and all the cats to fall asleep) and then it was just me and my thoughts. I knew I wasn't going mad. The chest pains were real. The heart?palpitation were definitely happening. My left arm was cold and my fingers numb and I wasn't faking the dizziness.??I think the panic truly set in when I was deciding whether I was having a heart attack or a stroke, so the feeling just got out of control.

At least I figured out that I don't have many regrets, because I had a good look at death (okay that was a little dramatic) but it was that frightening and my heart was that sore. Stabbing pain, it's going to crumble in my chest kinda sore. In the dark, I googled the symptoms and there it was ... every ailment that strikes with a panic attack. It immediately calmed me down, but also shook me up when I realised what extent my body had to go through to get my attention.

I wish I had dreamed of my dad when I slept. That's what I thought the moment I woke up, but I hadn't. Instead, my relationship rattled around in my head and I kept remind myself of one thing. 'I love him!'
I'm the first to say that 'love isn't always enought', but I'm also the one who always said, 'give me a man who has a dream' ... and I have that. I know what it's like to dream and I can only begin to image the torment of fighting for that but not being able to show the financial reward to the ones you love. I've learned how very different it is for men and women. I've also learned that a ?relationship takes more work than anyone can ever tell you and I have the ultimate respect for anyone who fights through and survives the years.

I want to be one of those people.

I already feel better. We already spoke more openly. I already thought of some plans to do things financially differently. I already confirmed my unconditional love for myself ... and the man I want to spend the rest of my life with!