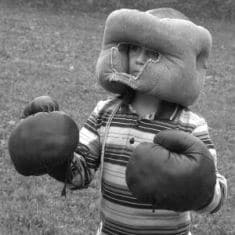 Some things are worth fighting for ... or with - project me day 491

The other day I put on my Blackberry messenger status that the only thing constant is change. Some people have positive affirmations, other people remind themselves to breathe and I churn the reality into my head ... the only thing constant is change! It's a common saying but to let it sink in has made a lot of my life liquid is the most positive of ways ... in my opinion!

I remember having coffee with a friend years ago. I had started the novel, though of the childen's book, dabbled in social networking and still owned the Spa and recruitment agency while announcing that Greg and I were considering partnership. Instead of praising me or supporting me he told me that I sound all over the place. A huge part of 'project me' has been to trust my personality and not allow other people's perception of me change me. If I did that then the change would be so out of integrity and that would be a huge 'project me' fail.

In the last 24 hours I've had to chant 'the only thing constant is change' and almost do a little chanting dance to convince myself that I am equipped to trust the change.

It's been on again, off again negotiation deals with business and one thing I've learned is that nothing is a deal until there are all the signatures on a dotted line. My dad was a big one for ?the loyal handshake but I don't think times are the same anymore and the anticipation is biting at my nature a bit. So one moment I'm all systems go and the next I'm holding back for that pen to paper moment ... but for some reason I know it's worth fighting for.

At the same time I'm trying to organise 'project me day 500'. What started out as the thought of a little gathering has grown into a sizable event with special guests, sponsors and media. All had fallen into place so nicely, besides the fact that Greg and my little sis spent hours fighting to get the invitation layout email friendly. The fight finally ended at some ridiculous hour and we called it a night without invites going out. Thank heavens because the venue have their own changes that they need to deal with and they can't?accommodate?the function. So after this post goes live ?a new fight begins. The fight to make this day a success and the event that I know I deserve for each and every day put into this blog and this way of choosing to live.

My last fight is a difficult one to explain to the world unless you have ever had one of those friendships. One of those friendships that sometimes does you the most harm and isn't fighting for at all and then the same friend emerges with a retaliation filled with patience, admittance of miscommunication and the willingness to give it their all. It's like table tennis with The Jock and myself and friends can insert an eye roll here. But after the 'fight' last week, which he doesn't consider a fight at all and after not pulling through for me in the way I think a friend should ... he didn't see it as a fight at all, but rather what friends go through. I can't even say I had a leg to stand on because in reverse, this is what Twinkletoes and I went though. I was telling him that friends fight and then they say sorry and it's acceptable so why don't the same rules apply to The Jock? Maybe they do! Maybe they don't ... but an hour and a half phone call and truth and I'm sorry's and I want to fight for this (on both sides) is something I believe in.