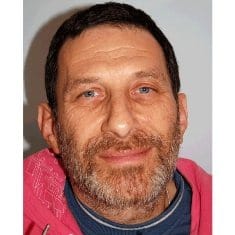 {Sponsored by blog: From the Mosh Pit} Moshe Goldberg's project me story

It?s not easy being a cancer patient.? I know what you?re all thinking, and I know that I could be accused of being Captain Obvious, but just stay with me here.

Look there?s even the emotional and mental scarring that happens if, like me, you?re lucky enough to recover.? You know, the hit to your self-confidence, the reticence to take on life as before, even the desire to go hide under a rock and be left alone for the next few decades while you sort yourself out.

But one of the hardest aspects, and the part that I found most frustrating, is how do you deal with (and sometimes even take care of) the people around you - your family, your friends, your acquaintances, your doctors, your nurses, and even your social media community.

Why is that?? Well because no-one knows how to deal with you.? Your family and friends come close, because after all, they really care about you, and very quickly, they adapt to the shock and go straight into caring-about-you mode.? But some of the others are harder, and some really need your support.

As I said, the closest people do adapt, and it?s remarkable really because they?re the ones most affected.? I found myself worrying a lot about my parents, who are in their eighties - in fact my mother turned 80 four days before my first surgery, and we had a party planned for her, which we cancelled.? I was concerned for their well-being and for how they would be taking it having their 57-year-old son in hospital fighting for his life.? They came to visit me every day, and I really looked forward to it, but I had to keep assuring them that I was improving, and that the numbers were on the up, and yes, it was all right for my mother to get me a good cup of espresso from the hospital canteen, because I was afraid that the hospital kitchen?s crappy instant coffee would kill me before the cancer.

I was concerned about my children because?. well, because I?m the father of three daughters, and although they were already 29, 27, and 23, my job is to take care of them, and that was hard from a hospital bed.? I must admit though, that by about the 754th ?chill out, Dad?, I finally did, and got that they?d be ok.

I wouldn?t have made it without my wife Helene, so of course I had to take care of her and make sure that she had both enough energy to handle everything and enough knowledge of all our affairs to ?take care of all family business? (said in Vito Corleone?s voice).

But acquaintances!? These are people that aren?t quite close enough to be called your friends.? And although they aren?t actually distant enough to be called the rest of the world, their cancer conversations are similar.? They go something like this:

?Oh yeah.? Cancer.? My <insert relative or other person they know> had cancer last year.?? Fantastic!? I?m bracing myself now.

The story now takes one of two turns.? One is ?Yes, they beat it, and they?re now doing great!?? Awesome! ?Bully for them, I?m thinking.? They?re doing great and I?m in hospital fighting for my life.? The other one goes something like ?Yes, they fought and fought??.. but they died.?? Oh!? Well shit a brick!!? That?s made my day!

(Here?s a tip for when you visit cancer patients.? THEY?RE NOT INTERESTED IN CANCER!!? Talk about politics, sports, films, books, your kids, their kids, the weather.? Anything but war stories about your other friends who?ve either beaten it or been beaten by it.)

And then there?s an awkward silence.? Because if their friend?s doing great, then they?re not sure how you feel about that, and if not, then they realise that they just totally dampened the mood.? So, then, being a great patient, and in fact an impatient patient, I wouldn?t want to spend any more time in awkward silence, and I?d want to take care of them.? What do you do?? You create the segue into the next conversation.? ?Er? so? anyway, how?s work?? You?re looking good.? Have you lost weight?? Did you see the football game last week?, etc, etc?..?

The next group is the medical professionals.? You sit around (or lie around) a lot waiting for doctors to show up.? And when they do, they don?t stay long.? And if you happen to be asleep when they come, you might even almost miss them.? So you lie there, trying to stay awake, memorising the things you need to ask them ? afraid you?ll forget the most important ones.? And then *poof* they?re gone, and you discover that you did forget that question, and now you?re concerned about its answer, and worried that you?ll forget the next time as well, and now being impatient because it could be 24 hours till the next time.

And you really ? I mean really ? want to take care of the nurses.? They?re your life-blood.? And one thing I realised very early on is that I needed to preserve their energy, their time, even their feelings.? I had some awesome nurses, and I am constantly amazed by these people and what they actually have to do for what seems like very little remuneration and recognition.? Now while I couldn?t remunerate them, I took it upon myself to recognise and acknowledge them for everything they did for me, as well as try to preserve their energy.? I especially loved the student nurses, who hadn?t been in the system long enough to be jaded by obnoxious and demanding patients (and I made sure that they knew that I wasn?t one of them).

And finally, there?s the social media community.? And this is something unusual.? I have become friends with a large number of people that I have met online ? some of whom I may never ever meet in what?s colloquially known as RL, some of whom I have met and am quite close to, and some of whom I communicate with casually and irregularly via Twitter, Facebook, Blogging, and email.? And surprisingly (or not), this group of people is easy to deal with.? In fact, my biggest issues are ?Gee I haven?t written a blog post for a while ? I better get on to it? or ?I hope I haven?t offended anyone with this tweet? or ?I hope they like this status update?.

But you know what the good thing has been?? No matter how often or not I write, no matter how much I offend someone, no matter whether or not anyone likes my status update, someone would always show up saying something nice and giving me a good feeling about life.

Moshe's blog: From the Mosh Pit

6 comments on “{Sponsored by blog: From the Mosh Pit} Moshe Goldberg's project me story”