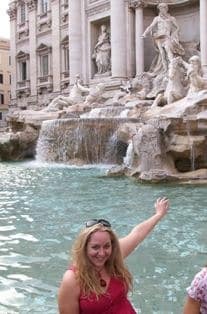 Step one: Let myself go! - project me day 514 #projectbody

I'm hoping by know you now what is going on when a daily post is nothing more than a country song ... or based on one. Yesterday was one of those where I couldn't think of how to express myself for all the words in the world. Sometimes it's just easier to take the first song that's pulling me through the day and share it with you. Magically, it works every time and yesterday I made some crazy decision (that I will share with you just as soon as I've told Greggie and my mom ... not so wise for them to read it here first because it is that big!)
The song yesterday was 'live like you were dying', which I watched my dad do and there's been this terrible missing of him ... and now I know why!

Let herself go ... George Strait (One of the best country singers of all time for those not so in the loop!)
He wondered how she'd take it when he said goodbye.
Thought she might do some cryin': lose some sleep at night.
But he had no idea, when he hit the road,
That without him in her life, she'd let herself go.

Let herself go on a singles cruise,
To Vegas once, then to Honolulu.
Let herself go to New York City:
A week at the Spa; came back knocked-out pretty.
When he said he didn't love her no more,
She let herself go.

She poured her heart an' soul into their three-bedroom ranch.
Spent her days raisin' babies, ironin' his pants.
Came home one day from the grocery store and found his note,
And without him there to stop her, she let herself go.

Let herself go on her first blind-date:
Had the time of her life with some friends at the lake.
Let herself go, buy a brand new car,
Drove down to the beach he always said was too far.
Sand sure felt good between her toes: