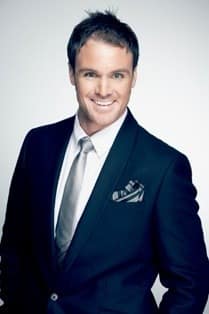 Amateur dramatics was Stephen van Niekerk's first step towards expanding his personality and gaining the self-confidence and personal skills he needed to survive in this dog eat dog world. After doing his first production with the Franklin players he received an award for best actor in an amateur musical, and the rest as they say is history. Stephen then went on to study at the Pretoria Technikon where he completed his Drama Diploma. Following that he started pursuing all different avenues and facets of the entertainment industry; from Puppetry to directing, Script writing to educational theatre, sexual awareness workshops to children?s theatre.

Stephen has a passion for screen and film acting and has starred in various local TV shows like?Snitch on?Mnet, the emmy nominated?Home Affairs on SABC1 where his abusive character?Daniel caused huge controversy. He has appeared on many local soaps,?Egoli and?7de Laan as well as?Backstage. He made his?Hollywood debut as a featured extra in the film?Femme Fatal starring Antonio Banderas. More recently (Dec 2009) Stephen teamed up with Warner Premier to film the third instalment in the vampire thriller series,?The Lost Boys - The Thirst. His love for live performance drew him back to stage and has seen him in shows like Shakespeare?s?Macbeth, Terrence McNally award winning?Love Valour and Compassion, Ladies night, the musical version of?Debbie does Dallasand he made his singing debut as burger in?Hair in 2007. The South east Asian tour of Ben Elton's?We Will Rock You saw thousands of international fans filling theatres.

Stephen joined the star studded cast of?Fings aint wot they used to be and wowed audiences in the highly successful?Doobie Boobies in 2010. ?In 2009 Stephen joined the?Isidingo family as hunky Daniel Le Roux and has been having great fun and audiences around the country are slowly considering him a household name. He is excited to have been involved in the production and looks forward to many new story lines.

On a personal note:
Stephen, it has been an honour getting to know you and watching the passion with which you approach every aspect of life from your career to your family. Amidst the busy schedule of being back on stage with Doobie Boobies (can't wait for it to hit Jozi), your baby's arrival and your support of National Soup Day and other charities, I can't thank you enough for stopping and doing the Your Project Me Story interview. I am thrilled that we could combine your interview with the support of FoodBank SA and the Denny Soup Drive and encourage all our South African friends and supporters to buy a tin of Denny Soup throughout the end of May and June so that 50c per tin can go to warming the hearts and tummies of others.

What is your definition of happiness?
For me happiness is organic emotion and it is dependant on where you are emotionally, physically and mentally at that point in our day or even life. Because my Happiness has shifted since I was blessed with a daughter. But to answer that question:
Happiness is finding that sense of contentment and fulfilment associated with looking at life with the feeling of gratitude and awe. Knowing, that you are seriously special and that you have so much to offer and not allowing anybody to strip you of your responsibility to be good to yourself.
If you can achieve that feeling with every breath, I think you could say you were Happy.

If you could have everyone say one thing to themselves every day, what would it be?
I am the Boss of me!

We all need someone to believe in us. Who is that person for you and why?
If I had to analyse all the reasons for wanting to achieve at a task or a life choice, I would say that the number one reason was to have recognition from my Father. Because I believe that as a boy I couldn?t truly move into adult hood unless I had had that all knowing nod from my father to grant me right of passage.

What quality do you believe we can never be taught because it is our birth right?
I would have to say Happiness/Love. We are all born with the ability to love unconditionally. (Somewhere along the way it is tainted and diluted with social pressure and moral infidelity.)

Describe the moment when you realised that you could achieve anything?
It was the first time I had to sing in front of an audience. This had been a nemesis of mine for as long as I could remember. Of all the art forms I think singing is the one people scrutinise the most, expecting perfection in every note and being relentless in their disapproval should you hit a bum one. I had had very little rehearsal on stage before this performance, but I was mentally prepared to do well irrespective of the massive amount of fear of failure.

The curtain went up and I found myself staring out at about 500 people all waiting for me to open my mouth. My music began and I was edging closer and closer to the opening note. At this point I didn?t know what the first words were. I looked out over the 500 faces and realised that I was in control and that nobody was here to watch me fail. I sucked in the largest breath I could muster and hit the first note. Suddenly the audience seemed very far away and I was riding on every note coming out of my mouth. At the end of the song it dawned on me that I was still alive and I felt like the king of the world and my fear was nothing compared to the feeling of elation at conquering my foe.
Then there was getting my child to pass a burp at 3am and the sound of a belch after a 2hour squealing match made me realise there was nothing I couldn?t achieve.

What have you always dreamed of being or doing and have you reached that dream?
Tough question, Being? My quest has always been to be comfortable in my own skin, but the vehicles I have chosen to achieve this is where I think the difference lies. I guess I have always wanted to be a doctor or healer of sorts. Circumstance has driven me in a different direction but I feel that I will heal through laughter or portraying characters that other people can relate to or identify with.
Doing? I dream of getting to the top of Kilimanjaro, I would love to say that it was all planned and ready to go but I guess to quote a sugar packet. ??Life is what happens when you make other plan?.

We all have something unique to offer the world, what is yours
I remember to go to the edge of town or to a place where I can see the wood for the trees. There is a lot to be said for perspective. I don?t mind playing the fool. I will be the guy to break the tension and I forgive.

How do you deal with the fears that could potentially hold you back?
I give them the respect they deserve and then deal with them? one at a time.

What do you believe we have lost sight of in the world as a whole?
The fact that we are all in this together.

A personal note from Stephen about National Soup Day:

South Africa's first National Soup Day will take place on 26 May 2011 and on that day Denny is going to hand over the first batch of a guaranteed 2000 cases of soup to FoodBank. Everybody loves to give to those in need but with so many charities out there, it was difficult choosing one. Thus FoodBank was the perfect choice as they service over 1000 NGO's nationally, as you already know. We want to appeal to the public on a personal and emotional level and show them that this day is for a great cause.

Apart from the handover taking place, Denny's Soup2Give campaign is also donating a further 50c of every can of Denny soup sold during May and June.

FoodBank South Africa (FBSA) is leading a large-scale co-ordinated effort to establish food banks in communities with the highest concentration of food insecure people.
What is a food bank? A food bank is an organisation that acts on behalf of all of the non-profit organisations (we call them "agencies") operating in its area. The food bank procures food (and essential non-food groceries) usually from donors such as producers, manufacturers, retailers, government agencies, individuals and other organisations. The food bank defaces the donated product (to protect the brand) and stores it in one of its warehouses. FBSA's warehouses are equipped to safely sort and store all manner of food and non-food items. Food is dispatched from the food bank every day (depending on supply) and delivered to depots in the communities where our agencies are located. In this way, we save agencies the expense of having to travel long distances to fetch food from our warehouses, and FBSA saves itself the cost of delivering to 1300 agencies countrywide.