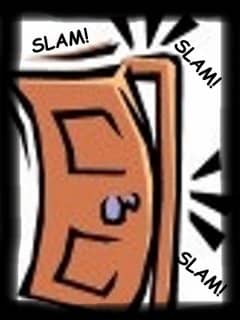 Sometimes there are just those business days ... okay, it was more than just business ... where all you want to do is throw your hands in the air and go back to bed. Well, that's my space to hide out in anyway.

Firstly, it has to rain soon because all I'm going is sneezing and fighting all the pollen in the air that is hovering up my nose most of the time. So much for a nature loving, fairy friend. The outdoors kill me this time of year.

Fighting that and the countdown to Greggie leaving for an entire MONTH ... 6 more sleeps, let's say that I had to do a gratitude check or two.

It's the first time it's happened in the history of Lifeology. Greggie and I had a no-show for a business meeting. You know when you wander around the coffee shop, make a few calls, send an email, check Twitter and then check that you have the date and venue right? That all in check, we did tea and had some time to catch up on our lives. It happens ... she called in sick and her hubby had her phone.

The washing machine has finally given up the ghost and when it comes to juggling finances, well that's just not on the list at the moment. Part of 'project me' is not feeling like the Universe is picking on me and accepting that appliances work damn hard too and also give up the ghost on burnout. Another part of 'project me' is looking at the options and realising that there is always choice and finding a solution in there somewhere. Luckily I'm not afraid of a portion of hand washing and my best friend, Greggie, happens to live next door and I has been super kind enough to let me do a load or two a week. It does push the washing machine up the priority list, but I'll get to it!

While dashing between houses, organising washing and trying to make business happen, there isn't a greater damper than the email that asks for a hold to be put on the quote that had just been approved. I think everyone is in the same position at the moment and the irony is that they seem to cut out the person who they need the most. The one who they called on the help move the business forward, calm the waters and strategise for much needed solutions.

I have to admit, I had my heels in the ground about the afternoon meeting. We have known the person for a while now and Greggie and him have been trying to get a few joined ventures off the ground. He also needed some social media assistance but still, I have been noticing of late that he might not be inline with Lifeology's philosophies and that's what the start of the meeting was all about. This is Lifeology's theory ... it's all good and well to refer work to a person without having to delve too much into someone's business integrity and purpose. It's a different story with a joined venture. It needs different sets of questions and expectations and just like any relationship, it might take more than a few meeting or months to iron out all of the creases. That goes for a lot of relationship and just because there are new questions that arise, it doesn't have to mean that there's mistrust or no hope for a future venture. Well, that's how Greggie and I operate and we have had some great success stories with business collaboration ... this, not one of them. The venture is between Greggie and this guy, but I have been party to most of the meetings because of my ability to see both sides. I want what's best for Lifeology and it only had to get to one point of disrespect to Greggie when I realised that this venture would not be happening if I had anything to do with it. When the personal attacks begin and the mud slinging starts when the questions are asked to drive the venture forward ... that's when you know it's a no go.

So I waited for the out. For the moment that the line was crossed and I could thank him for the meeting, give Greggie the look and dismiss ourselves from the meeting. Well didn't that come sooner than expected and we were abruptly asked to leave because he couldn't understand that after all this time Greggie still had a few questions about his business approach.

The very key to our successful business relationship and so many other relationships in our lives is the very fact that we keep coming back to check ourselves and our ... oh, you know the story!