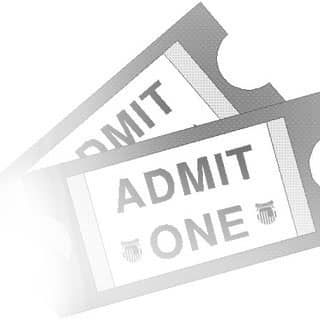 In the ten or so years of having a very special bond with my bipolar friend, she has never had an extremely bad episode. While I was recovering from my back injury, she was in her space. We have such a treasured understanding that I know she needs to hide away from the world (or certain parts of the world) while she is trying to survive it all.

On Saturday I posted a song about suicide and expressed my relief that she has come out on the other side, alive and well.
I'm tough, but the story she shared with me over breakfast knocked the wind right out of my sails. She knows me well and knew I would handle all the gory details of choosing the best method of suicide. Doing internet searches as then walking through the house to see it that was at all possible.
At least I was conscious of the fact that I was still a little light-headed from the sugar crisis I threw my body into, otherwise I would have been convinced that I was going to pass out from the shock of it all.

She decided that hanging herself would be best and practiced tying the knot around a pencil so she wouldn't forget. She picked her day, her moment and the ideal place. Wrote letters to everyone (a letter I am thrilled not to have received) and went about the very planned and very determined mission of?committing?suicide.
What do you say in between those pauses of sipping tea? If she got that far then how come she was having breakfast with me yesterday. Not that I'm complaining! But what went wrong.

She began to giggle. Of all things ... giggle! She giggled at the fact that not being the most logical of woman, she saved her own life. She stood on the table, tied the rope around her neck ... and jumped! My dear friend attempted suicided!
When her feet touched the ground she knew she had done something horribly wrong ... well two things actually ... 1. She had bought the wrong rope (there's the illogical girl I love so much) and 2. She had been silent for too long.

I had a brief called from Inked who took the edge off the conversation but it went back to the reality of bipolar, depression, mania and suicide all over again. I don't care ... I was having tea with my friend who was very alive and very well.

I met here when I was a Reiki therapist and I ended up guiding her through many meditations and healing processes. Of all of them she told me she never forgot me teaching her about the procession of the equinox ... that no matter what you do or don't do, you will always wake up a little wiser each day. She did that and turned so much around and I had breakfast with a very calm, healing and determined to be happy, friend.

It was still horrific to have to deal with. It was worse for me to know that another friend knew about the suicide attempt and she didn't tell me. Even if she wanted to keep our friends secret then at least have some kind of conversation with me that spurs on a phone call on my part. I know I could have made the call at any time, but bipolar always reminds me that she will call when she's ready.

That threw my day and I got home to noise and cartoon. I love my family dearly, but I have my way of processing things and in the current living space I can't do anything about it. The longing to not be alone then kicked in and I wanted to call just about anyone to distract me from my thoughts, but for whatever reason I decided to fight it out on my own.

It was the Oscars last night and I wanted to see The King's Speech before the day was through. Going alone made me realise that I am alone. I know there is a difference between alone and lonely ... and yesterday I felt as though I were both.

The upside of going to movies on my own is that I can be as punctual as I like and I was there to witness the majority of the movie-goers filtering in. A couple, another couple, a crowd of friends, a single man, a family, a single woman, another single woman ... another single man. I wasn't so lonely after all. Before the movie even started I was smiling and it so happened that all of us singles somehow hovered to the one corner of the theater as it we were a little family of single. The girl next to me kicked off her shoes, another put her shopping bags on the seat. The single man moved to another seat with less crowds around him as the movie started and I took up both arm rests to the full.

I'm sorry to ruin it for those of you who haven't seen the movie, but there were messages screaming their lessons at me. I couldn't relate to the King, except for the girlie wish to find a man as charming as Colin Firth, stutter and all. But I could relate to his tutor. To his unconventional methods and fighting to stand alone in the collective. The turning point and the moment when I shed a tear for my own life choices was when it was revealed that a man with no?credentials?at all was the one who was helping the king. Never studied, no degree, no plaque with a doctorate on the wall. Just a man who knew he could make a difference.
That's me ... the girl without the degree! The one with no plaque on the wall and no certificate because the Universe doesn't dish one out.
That message was for me too ... both messages ... Bipolar's account of what I shared with her that helped (even in the tiniest way) to breathe life into her second chance and the King's account when he told everyone to back off and leave his teacher alone.

I feel totally ungrounded today. I want to do things like go to a park, go to another movie, sit by a lake and blow bubble ... the chewing and the soapy kind. Maybe it's not a bad things because we never do enough of those things ... I might just have to hold my ungrounded day for the weekend and put stones in my shoes to not float away from today.