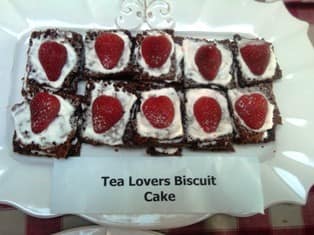 I'm thinking it's going to be one of those days.
Waking up to the wild antics of a kitten that looks like she should have been named after a princess is my own fault ... I never should have named her after a?mischievous? dragon. It would have been cute were I not coming down from the sugar rush of a lifetime.
Or is it that I'm finally building a healthy enough relationship with my body that I can feel the impact of food on my entire system?

Of course I blame Hustler Girl and in her comment she is going to blame me in return. The bottom line is that our little binge of what we thought was a well deserved 'cheat' meal left me learning things about myself that my poor sugar levels have been trying to learn for years. My body only wants to be fed certain things. My body doesn't like too much refined, oily, sugary stuff that we are used to eating every day.
When I was little one of my favourite things to do was play with a yo-yo. I can't tell you how many I had but one of my best ones had a face on it and I used to imagine that is was a person getting all dizzy as I twirled and spun it. You know that eeeeewww feeling? Well I had that from the moment my sugar spiked for the first time. Hmmm ... lesson learned!

But wait, there's more ... sugar that is!! Don't those biscuity things with the yummy strawberry begging to be eaten just look?scrumptious? I didn't realise the invitation to The Venus Network for some fun and a product research workshop for South Africa's Tea Lovers biscuits would include an array of delicious treats made from the?biscuits ... naive, I know!

So we all know just how?engrossed?in online networking I am. I've mentioned for long enough how I can mingle anywhere online but don't like arriving at venues on my own. Let's not forget that if you spin me around I'm lost. It was also time to meet a 'stranger' that I've only been communicating with via every other means possible except face to face. I've had a few 'project me' stories of connecting with someone and chatting for ages only to never speak again after the actual meeting. This person is really sweet and I don't want them to go away ... so the combination of all of this was like a sugar rush all on it's own.

I liked it ?... all of it ... the personal social networking. Spending time at the gorgeous venue, Life on 3rd in Mellville and putting a gentle face to a very special voice. On that note, it's a great thank you to Life on 3rd for the absolutely delicious sweet treats that were all made with Tea Lovers biscuits. If I didn't stress about a potential sugar coma, I would have indulged a tad more.
I also discovered that I quite like tapping into another creative side of myself. Yes, words flow like water with me but when we were presented with cardboard, crayons, pencils and magazines and asked to be artistically creative, I panicked a little. I can write what I think, but to draw it ... that's not me! Or is it??? Maybe the sugary experience that thrust me into the unfamiliar world of creativity sparked a little more confidence in a few more areas of possibility. Don't panic ... I'm not about to try and sketch a Monet.

I met a super interesting woman there and we were Facebook friends before we walked out the door. When you realise you have 4 friends in common and 3 of them are from a dating site, you know that the world is but an oyster shell. Of course they would have to include both Mr Big and The Jock. I saw The Jock yesterday so I know he's alive and well, but I haven't heard from Mr Big since the day we decided to 'end it' but stay friends. I can feel my sugars rising just thinking about the 6 months that have passed since he made any contact.?Admittedly, I have been worried about him because there hasn't even be any activity on his Facebook since last year. No ... I'm not stalking him, exactly! Imagine my surprise when I received a message from him less than 10 minutes after I made a new friend. My initial reaction was relief that he's alive but then the rest of the emotions came gushing in. The curiosity is killing him ... How do I know this woman we now have in common? How is the house hunting? How am I liking my new hair colour? Am I married yet?? ... The down side of social networking ... but then again it is my choice to announce all of these things for the world to see. Oh shit ... I blog daily too! Right, nothing to hide!

Despite the fact that I feel like hell today and am now in a state that I pushed my body over the edge and have diabetes as of this moment on, I had some of the most fun, special and empowering moments all thanks to a shit load of sugar!