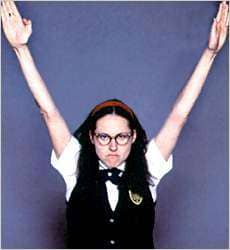 The unconventional SUPERSTAR - project me day 427

What is the point of being my own boss if I don't understand the concept of working in my own time, setting my own benchmarks and clocking out when I'm ready? Even when I was at my most immobile with my back, I hardly ever clocked out. That might have meant my head ticking over with ideas, but it was still work, work, work.

Yesterday was an experience for me. I woke up jealous that kitty would get to lie around all day. Got dressed into my gym clothes at 7, dragged myself through my daily blog post and then managed to stall getting to gym until just after 10. The whole time I was promising myself that I would work as soon as I got home. I would work until the moment I had to go to dinner with friends and I would work when I got back from dinner. That would make up for any wasted time.

This coming from a recovered (okay, recovering) workaholic is never a good sign. I work my little behind off and one day of total apathy is not going to spin me into a downward spiral of failure.

I did it ... I actually did it ... I had a nothing day!
It's amazing to learn the 'project me' less that when you give yourself a gift of doing something different you are showered with other gifts.

One was getting to spend time with Greggie and my dearest Twinkletoes where I can be me and I didn't have to explain me need for nothingness. It was my day to escape and upon Greggie's suggestion we ended up watching the one movie that shows me how far I have come in my life.

When all else fails ... watch Superstar!!!

I could see a smudge of horror spread across Twinkletoes' face at some scenes that could be deemed totally off the wall,?inappropriate?or?ridiculously goofy. The very times when I was howling with laughter most of all.??I have seen this movie way more than a dozen times since I first saw it when I was as nerdy as Mary Katherine herself and so I can imagine someone watching it for the first time and wondering why I love it so much. Granted, I didn't snog trees but I was dreaming of a first real kiss at that time.

One of the greatest gifts the movie gave me was the ability to form my own relationship with whomever existed in my Universe. To have my own version of God, Goddess and whatever I chose. Yesterday I sat there and questioned if any part of it were offensive?
When I was growing up as a Jewish girl, my best friend at the time was Catholic. I went to mass, could say the rosary and knew which saint to call on for what miracle. I was equally dedicate to Hebrew and Shul at another stage of my life, but my relationship with my God was not that formal. I needed to make friends with the Universe and everyone in it.
I feel like I'm explaining myself, but that's because Twinkletoes really did gasp in horror at some points and because I am forming a bond with someone who is very Catholic. Maybe I'm nervous about the domino effect of my truth?

Either way, I indulged every moment of a movie that reminds me of who I was and what I have become. In my own right I do dream of being a Superstar. In my own way I am that off the wall and quirky and in my very own way I do have my own relationship with the Gods.

I got totally plastered last night. Yep, the drunk kind. Something else I hardly ever do. I'm a little reputation obsessed at times and drunk giggles and snorting laughs is not a side I like to show often. This morning I feel the need to call everyone and tell them I don't do that often but that would be super silly! This morning I also feel like absolute poop ... that's just a FYI!

Anyway, I feel as though I'm rambling but the point of the profound 'project me' message is that we all have it in us to dream the impossible dream and become our own Superstar, have the perfect kiss and form our own relationship with the God (and in my case Goddess) that we choose.

PS ... for those of you who haven't ever seen it ... here's the totally off the wall trailer and hats off to Molly Shannon of Saturday Night Live for creating this amazing character and sharing such an incredible message in the most inappropriate way 😉

PPS ... next time you can choose the movie, Twinkletoes.

6 comments on “The unconventional SUPERSTAR - project me day 427”