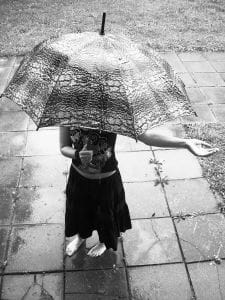 You know that saying 'it doesn't rain but it pours?' Well it's officially true. I'm a big believer that nothing is real until you have experienced it or chosen to believe it. Some beliefs are chosen without a lesson having to be learned ... and then there is the other way. You know, the one you wish you hadn't woken up for?
I'm having one of those days.

To clear it up, I might not be singing in the rain, but at least I'm not crying. Instead, I'm drinking hot chocolate and have plowed my way through half a packet of biscuit. Why you ask? Oh where to begin ...

Let's start with my biggest crisis ... my laptop actually died. Yes, it's not faking it! It really won't switch on and even after my brother huffed and puffed and reluctantly helped me, it still didn't work.

This morning, after trying to get it started for the umteenth time, my mother finally admitted that she doesn't know how I have stayed positive over these last few months. Let's not kid, it's been more than a few. I can honestly say that 'project me' is the only reason I have made it through without falling into a million pieces. It's taught me to remember that everything is as it should be, I am capable of making it through anything, I am that smart and I am that sexy.

That's only the start of the rain ... and no, don't know what I'm going to do with this busted computer. In the meantime I am using my mother's travel laptop. Yep, it's minute and it's a pain in the freaking ass. The keys are odd so I keep hitting | - yes |? ... yes, I know you see a | but that's what I get when I try to push 'shift' and another key. I'm still not crying, believe it or not, but it might take me a day to get through this blog.

I could cry because today's blog was supposed to be about my amazing night that I had with China Doll, her hubby, my Thai boy, Greggie and my mom last night. We took pics and everything but they are on the damn laptop that I can't start. Sigh! To make matters worse, the pics came through to my Blackberry last night and for some reason all emails vanish at midnight. It's bizarre because the setting are all done to save eternally, but no ... this morning they were gone so I couldn't even forward them onto another computer.

Do?I sound like Moaning Minny yet? Maybe you should make yourself tea for a change ... because there's more.

Oh, wait ... seeing as though I'm so scatty I get to jump back and thank China Doll for arriving in SA with Percy Pigs for me. Yay, she never forgets. And now that you can get the original Percy Pigs in Woolworths, she was sure to bring me his friends. Yay!!! Thank you my precious friend!

Right back into the drama we go.
This isn't as much drama as just trying not to be totally mean to myself. I had breakfast with my very special girlfriends, Missy, Madam and the rest of the gang from primary school. Ok, some I have met along the way, but time is irrelevant with friendships like these. Missy and Madam are both preggies and there sits me and my friend that I shall name Independant. Neither of us want children and it's both a giggle and a time to explain ourselves. Not that I need to ... It's something I just know about me. Anyway, that's not the drama. The crisis is totally self inflicted ... you see, my precious friend Ang handed me her book. Wow, she has self published her novel and I couldn't? be more excited for all the tea in China ... I don't have to tell you how much that is, right?
I am trying not to punch myself ... I started my novel, Ephineah, like two years ago. It's basically done. I just have a few character changes to make and to work on the dialogue a little and for some reason I'm not getting there.
I do kinda blow off the fact that in between I lost my dad, started a new business, began 'project me' and overcame a pretty mean back injury. Yet, I still took a moment to be totally mean to myself.? I can't wait to read Ang's book though but also have to wait until it's on sale online before saying too much.
Wow though ... thank you so much for the mention in the forward and for acknowledging the years of friendship, crazy times and precious moments that make us who we are today! Well done my precious friend.

I don't know if the last bit even counts as drama, but it is a very big 'project me' moment to have to deal with.
So, I had a date for the first time since early August. I'm not the most clueless girl when it comes to working out if there is a spark or not ... and there was a spark. He is a great guy, Second Chance, and we chatted for ages without any of those uncomfortable silent pauses. There was flirting and there was hinting and there were touching gestures. But then there is Second Chance's reality. He has been single for ages and he is on a dating mission. I mean, he even has another date this evening. I like his honesty. The honesty then comes with the converstation where he states that if it were a few years back he would be calling me once he had just driven away from me and we would be setting up our next date. Chances are he would be giving it a fair shot with me, but right now he's having too much fun dating. I can't argue with that and I he knows that I would see him again and that I had a great time. Here's the 'project me' kicker though ... I can't be the girl who waits in line and says 'pick me, pick me'. I do believe that in a space like that, a person could pass up an opportunity for fear of missing out on something better that might just come along. I know ... I've chosen a man like that before.

Missy and Madam are too cute ... they both sent me the nearly identical Blackberry messaging saying 'so, how was it?' and as soon as I got home we got into one of those fabulous conference chats. I had already had the chat with myself on the way home and told myself that I am a great catch and a special woman and only the man who can see that deserves my attention. I was so special to be reminded of it by two people who have watched me grow up from the littlest girl into the woman I am today. I might be able to state these affirmations to keep me sane through the dating scene, but to have the reasurance of girlfriends is sometimes very needed.

Anyway, Second Chance was online when I got home and we had a very brief chat. He said it was great and he was sure we would chat again and maybe even meet up again ... which of course threw me. What the hell kind of comment is that? That's when I stepped right into 'project me' and lay on the couch and started reading Ang's book. I got through 2 chapters and loved every moment of it. I then faced the laptop demon and set up my mom's laptop to get working ... and now I've blogged. A long blog, I know ... but a very needed one.

There is a lot going on right now and I seriously have two ways of looking at it. I'm not even going to mention the options, because I choose gratitude and self worth.