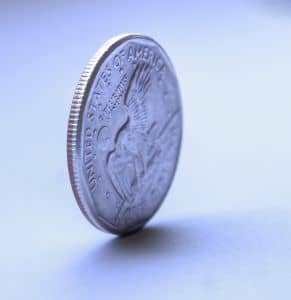 Two sides of the same coin - project me day 206

It's common knowledge that along with all the fabulous assets I was blessed with, I was also given an additional daily allowance a few extra thousand words a day. I have to do something with them, so I blog.
That aside, I believe that I have the confidence and passion enough to share my life with the world in the hope that people realise there is either someone as afraid, brave or crazy as them. I'm also crazy enough to have attempted to live each day consciously and make sure that at the end of it I've found the fun in every situation and ... oh, blah blah ... I've said this for as long as I've been blogging. I started this project eyes wide open and knew the rules of the game and I want to?highlight?one particular rule now.

I would never expose anyone in my blog that did not want to be exposed. On the other hand I have never had anyone in my life who didn't mind being exposed. Ok, there is the exception in the request that my family asked to leave them out of my willingness to splash my life into the wide world. The sad thing is that we are a beautiful family, although a little off the wall. There's nothing to hide and whole lot to boast about ... but I've respected it to the best of my human ability. Ok, there's the slip up here and there, but shhhhh!!

The only person who was super chilled to have his name used is Greggie and not even that is true. Most people have found it fun to think up their cool name for the adventures of 'project me' and have been happy to splash their pics across my blog too. In actual fact some people like Risky Business have insisted on it.
For when 'project me' is turned into the best selling novel and then the movie, it will be almost impossible to trace the identity of everyone I've spoken about because in the real world I make sure to use their 'project me' names too. Some of my closest friends as me if I've heard from Text Guy ... which I have, yay! He didn't abandon the friendship after all and I think he knew that when it was time to come back I would only give one bitch comment about contemplating allow his return and the friendship would pick up where it had left off.

For the first time I offended someone by blogging about them. No names mentioned and totally?anonymous?to the world, but offended none the less. I know the offence was more about me being cowardly and talking to my readers and asking them advice than dealing with the issue directly with them.
My annoyance comes in when everyone makes it sound as though communication is so damn easy. It's a bitch and I'm just as a part of that collective when it comes to battling to broach certain topics. I'm trying not to look like a stalker who wants to pin a man down and force him to talk about life and our future. I'm also trying not to chase every man away that I meet.

Now this is where the coin thing gets interesting.
On the one side of the coin is the internet dating and on the other side is the good old fashioned way of being introduced via via. I've had countless issues with my happily (or so I hope) married and attached friends who say I am not meeting anyone decent because I'm looking in the wrong place. So, then why aren't they creating a place for me to meet people. Is everyone in their circle attached or do my friends think I'm a fruit cake and not worthy of unleashing onto their friends? Let's hold onto the former shall we?
I managed to get one friend to attempt a set up with a guy in the office. Very long story short, it would have been successful had the guy not had the balls to call me. Hmmm ... I didn't ever think I would be the bold one in the dating duo.
I don't intend to give up on that option though and am making it very vocal to my friends that if they have a better way of meeting single men these days then they had better show me. Don't hold your breath, I would hate you to die before the end of my 'project me' mission.
Online ... offline ... the same damn thing. Okay so that sounded like I'm not having fun, but I am, I promise. I think I'm just a little more irritated with those who have forgotten what it's like to be single and are strangely curious about my dating stories.

On dating stories, that's the second coin issue I have. The complete opposite approach that I thought I was being overly demanding about.?Yes, I offended someone that I have the potential of liking because I spoke about my confusion as to his approach to meeting me. Lots of sex talk, sitting with my number without having spoken and needing to take ages to get to know each other before even contemplating meeting. There is something about that that I just don't enjoy. I don't know if it's all the work I have done on myself in 'project me' but I'm fearlessly happy to chat online for a fleeting moment and it there's a reason to keep talking ... then let's talk. Let's coffee and let's see. I'm not saying that taking your time to assess whether I'm worth a coffee is a bad thing, but I'm saying that it's not the only side of the coin.

After saying good night to the one I did not mean to offend, I didn't have a moment to breathe before I got a message from a stranger who wanted to chat. We swapped to mails on the dating site and then got chatting on skype. We spoke right through my re-watching and shedding a few tears of ''fried green tomatoes' and we kept chatting way past midnight while I caught up on a sitcom or two. By the end of the conversation we had swapped numbers and sms'd each other. Not one mention of sex despite him scouting my website and knowing that I am an expert in my own right.

This morning we sms'd to start our day and I had my first call before breakfast. Granted I eat at about 9:30, but moving along, we have a date for coffee tomorrow afternoon. No mention of sex besides his cute question of making sure that I'm not on the dating site to recruit broken men for fixing. Business opportunity aside, I did reassure him that I want my life away from all the writing and teaching and that is why I'm there. That is really why I am there.

Stay at home on the internet or throw myself into the world, I just want to have fun. Talk about what makes the world go around or talk about sex, it's gotto be fun. Go for coffee today or tomorrow ... whatever is fun.
I've just come to realise that with a coin to toss, I'd like to be the one calling head or tails and I choose tails ... I choose feeling within moments that we can chat ... sms'ing within hours with my first sound of their voice as the sun rises and having had that first 'date' before the sun sets.

I choose tail ... I choose knowing or giving knowing a damn good shot!

To lighten the mood about my dating woes of late, Greggie shared a brilliant article from the onion that is a must read to put into perspective just how innocent the world of dating should be.