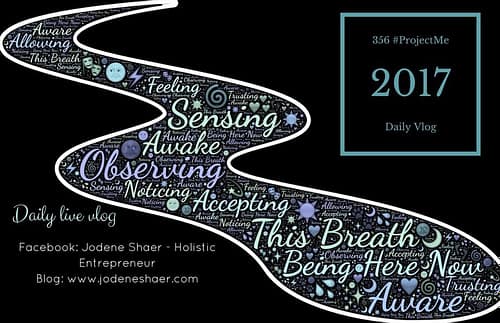 The Unexpected Lessons of 2016

Jodene
29 December 2016
Project Me
No Comments

It's 4:30am on the morning of the last new moon of 2016. In astrology, not enough is spoken about as a heads up to what is called the phase of the dark moon. It's the few days before new moon, when it slips into the final stages of darkness. I'm far from an astrology blogger, but I am a conscious one and it's been hard to deny that the end of this year has more of a gloomy ending than most. For most of us, it's a time to reflect and the theme seems to be the unexpected lessons of 2016. What an interesting teacher this year has been.

Sadly, mine has ended with distress and tragedy striking the people closest to me, so my emotions have been close to frazzled. This also being the year I gave my team off and I'm captaining the ship solo. A ship I didn't anticipate being so busy. The double edged sword of how we feel about things is very appropriate for this time of year, as we reflect on one year and anticipate another.

If anything, everyone is holding out for a better year than the one we have had. Mine has personally been filled with life lessons I hadn't set out to learn. The days that passed threw curveballs I could never have anticipated. Friendships I thought we steady, hit unexpected hurdles, which sadly sank some of them. Other friendships blossomed through times of emotion and much needed shimmers of light in the dark. Being an entrepreneur was taken to a whole new level, where the great lesson of instability was the theme I now carry with more bravery and confidence.

Relationships cut deeper, with levels of heartache that I didn't know a 40something year old still had to experience. Yet, on the other hand, one relationship which really grew stronger was with myself. Through all the waves of emotion that filled 2016, I grew into a new dimension of self love.

I had plans and none of them came with the ease I anticipated. Projects I thought would flow, clambered on without much grace, which is typical of a 9 year (add 2016 together).

My bestie and business partner started his new life in the U.K and I have had 6 months to adjust. I often have to pinch myself every so often and remind myself that I am now part of an international business, but it's been hard to be so far away as this year draws to an end. It's the first time in over a decade that we will not be seeing a new year in together and I didn't expect it to be so upsetting for me.

Yet, on the flip side, is much anticipation for the adventures of a whole new year. According to numerology, 2017 (add the numbers together) is a 1 year! That's a whole new cycle. A fresh start. New plans. New beginnings. New adventures. New attitude ... and I'm certainly ready for it.

My book, The Holistic Entrepreneur, should be coming out within the first month. My blogging mojo is very much back. I learned the extent of my love for social media business in the final months and the degree of confidence I have in my team. We have a new service offering to launch and I'm planning a trip to the U.K for June, to officially sign the international business papers.

My relationship with my-self is worth exploring to deeper levels and I am still hopeful about love, life and everything in between.

That's why I chose to rekindle the flame of #ProjectMe - Living absolutely goalless  but totally purposeful. From January 1st 2017, I will be LIVE once a day on my Facebook Page: Jodene Shaer - Holistic Entrepreneur. In 2010, what was supposed to be a once off adventure of 365 days of blogging ended up being two and a half years. Although my story touched many people, it had the greatest impact on me and each day of committing to consciously living my story changed my life forever. In the light of the limitless potential of 2017 and all I know I desire for myself ... in the light of the lessons 2016 taught me, it's time to share my daily story once again.